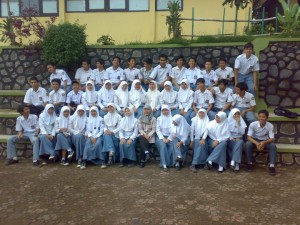 My students were positioned in orderly rows, girls on one side and boys on the other. They blushed and covered their mouths with their sleeves as I attempted to coax them into conversation. They lowered their eyes, twiddled their hands behind their backs and clamped their mouths shut. There is no sound quite as gut wrenching for a teacher "“ particularly a fresh-off-the-boat volunteer teacher with no common language to resort to "“ as silence. Absolute. Silence.

It was the first time I had taught in Indonesia and this was a devout Muslim school where my students were unlike any teenagers I had met before "“polite, obedient and softly spoken, that is, when they spoke at all. The girl's wore their headscarves tight around their ears like white security blankets and they buried their mouths in the material when it came to speaking aloud. The boys giggled nervously each time I addressed them and turned their heads, shyly, towards the ground. 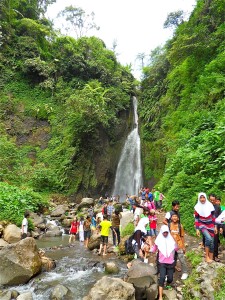 I worked dutifully through the subject list I had been given for our conversation classes and they answered me, reluctantly, with their memorized phrases."I do not know the answer, Miss." "My hobby is football." "I have two brothers and one sister." Every single answer was the same. It was the teaching equivalent of talking to a brick wall.

This was all wrong. I wanted my students to have fun. I wanted them to lose their inhibitions and express themselves and laugh. I needed them to experiment with new words and phrases, unafraid of the reactions; to play games and make up role-plays, to motivate and challenge each other. This is the only way I knew how to teach a language.

Instead, I talked for two hours about anything I could think of and by the time our lesson was almost over my students had barely mumbled a few phrases. They had learned nothing, they had said nothing and, let's face it, I was probably going to get fired.

Just as I was about to give in, magic struck. Out of nowhere one of my students put her hand in the air and asked, blushing furiously, if I had ever met Justin Bieber. 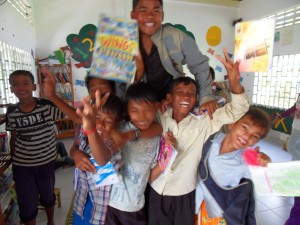 "Urm, no," I admitted. "I haven't." "Do you like his music?" she continued. Not really, I thought, wondering if they realized that, as a 25-year-old teacher I wasn't exactly in the target age range for the Justin Bieber fan club. Instead, I replied, enthusiastically, "Of course I do! Do you?" "Oh my god, I LOVE him!" she declared, her eyes widening in excitement. "He's so handsome!" the cherub-faced girl next to her gushed, clasping her hands to her heart. Their friends nodded, enthusiastically. Before I knew it, the other girls began to chime in. "Teacher, what's your favorite song?" Oh god, what was that song called? "Do you like this one?" (Cue singing.) Of course I do. "Do you want me to teach you the dance moves?" Um, sure.

Even the boys joined in. "If I looked like Justin Bieber, I would have many girlfriends," a chocolate-eyed boy at the back of the class chipped in as a sly grin spread the length of his face.

And just like that, the silence was broken. The words flowed. My students laughed and shouted out and questioned me like I was one of them. Sure, we didn't converse about local politics or English culture or any of the other subjects on my conversation topics list but who cares? The silence was over.

I never thought I would say this, but thank you, Justin Bieber.Â  I think you just salvaged my teaching career. 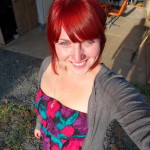 ZoÃ« Smith is an ESL teacher, NGO worker and writer currently based between rural Cambodia and Australia. Links to her published travel writing and short fiction can be found at her website: www.zoeclaresmith.co.uk 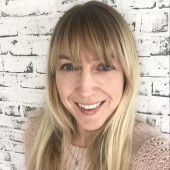 ZoÃ« Smith is an ESL teacher, NGO worker and writer currently based between rural Cambodia and Australia. Links to her published travel writing and short fiction can be found at her website, http://www.zoeclaresmith.co.uk. 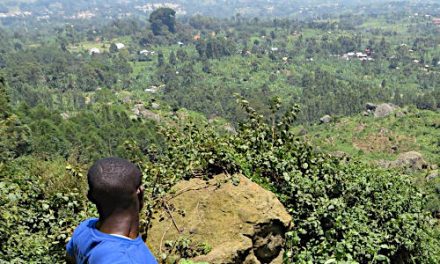