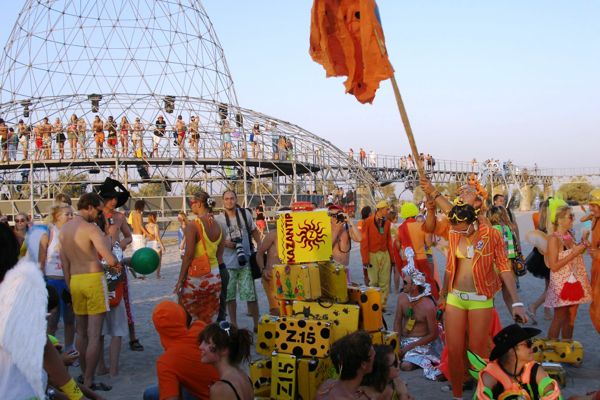 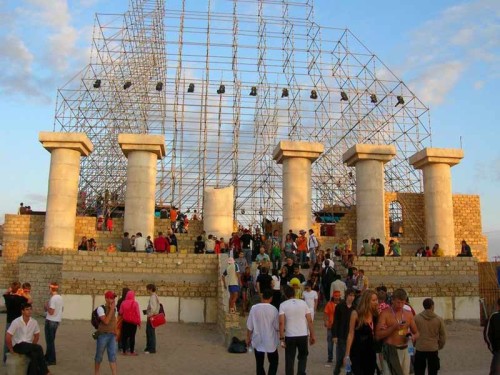 "Stand up! I need to dope right now to get my reality back!" I get up hastily and peer into the darkness, trying to see who has awakened me. All I can see is half of a face in big gaudy red glasses. "Ah, it's not you!" Obviously, a stranger is disappointed. He turns around and leaves the cold doss-house quickly. I thought, "If me is not me, so who am I, after all?" Loud music strikes my ears trenchantly; bright electric light dazzles my tired eyes. Who am I? Where am I? But let me start at the beginning.

I had known about KaZantip only by hearsay and vague descriptions: dances by the seashore, rest without pants, resort romances under artificial palm trees, plus an ardent mixture of alcohol, electronic music, and synthetic drugs. At last, I had a chance to see what makes tens of thousands of people rush to the Crimean to indulge in folly and revelry every summer.

It's impossible to understand what "KaZantip" is without knowing the history of this Republic "“ even if it is not on any map. The self-declared Republic "KaZantip" has existed for more than 13 years and occasionally changing its location, moving to better places. At least, this is how it is written in the "Z Constitution."

As the story goes, Nikita Marshunok and a few of his surfer-friends set for the north-east of Crimea to Kazantip Cape in search of a wave. They found a nearby settlement, Schelkino. Schelkino is remarkable for its post-industrial ugliness. There are high blocks rising in the middle of a prairie, which was, at one time, reserved as a future nuclear site. The construction was frozen, leaving the skeleton of an atomic reactor.

However, the sea lives by its own rules. The waves were decent, the wind was strong and the shallow waters were just right for windsurfing. Sport took turns with musical parties arranged by Nikita. He choose music to match the urbanized surroundings, electronic with a touch of heavy synthetic basses somehow similar to the sounds of an alarm. The music had prevailed over the sport, and soon surfers left Schelkino, giving way to techno-fanciers. Nikita Marshunok demonstrated outstanding organizing skills by inviting famous DJs, building a dance floor inside the desolate reactor, arranging the entrance ticket sales. 6000 people visited the fest in 1998. 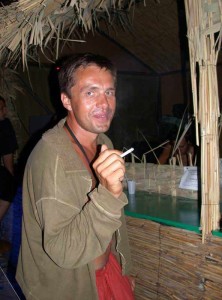 "It was very difficult to stand out among other musical festivals, says Nikita, and I decided to turn Kazantip into a republic. I wrote a constitution, proclaimed myself to be a president, my friends to be ministers, and guests of the festival to be the Great people of Kazantip. That was my gimmick."

The result was fabulous. Crowds of modern electronic rhythm lovers poured into Schelkino. But soon the festival had to leave the old haunt. As Marshunok said, the local officials asked for too high rent. Veseloye, just outside Sudak saw the major influx of music folks in 2000, but it did not work out then either. The next year the "country of orange party animals" moved to Popovka next door to Yevpatoria, where it settled down again.

In 2003 the Supreme authority of the Crimea prohibited the festival. The reason was a supposedly active distribution of narcotics and venereal diseases. But organizers decided not to surrender that easily. The name "Kazantip" was changed to "Z Republic." New rules of behavior were implemented. The cost of admission was raised. Five thousand invitation cards were given to local deputies. I was lucky to get one card good for four people.

[Kazantip was originally, and perhaps still is, part of the Ukraine. However, it’s website suggests that Kazantip is part of Russia. We at ITKT believe in travel and exploring new places, but try to not get into the geo-political landscape of other nations. Ed]

Written and Photographed by Sasha Ivanov

For more on Ukraine at ITKT 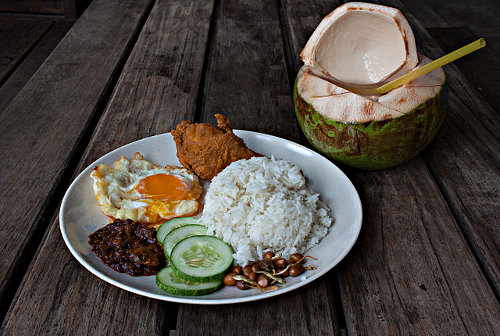 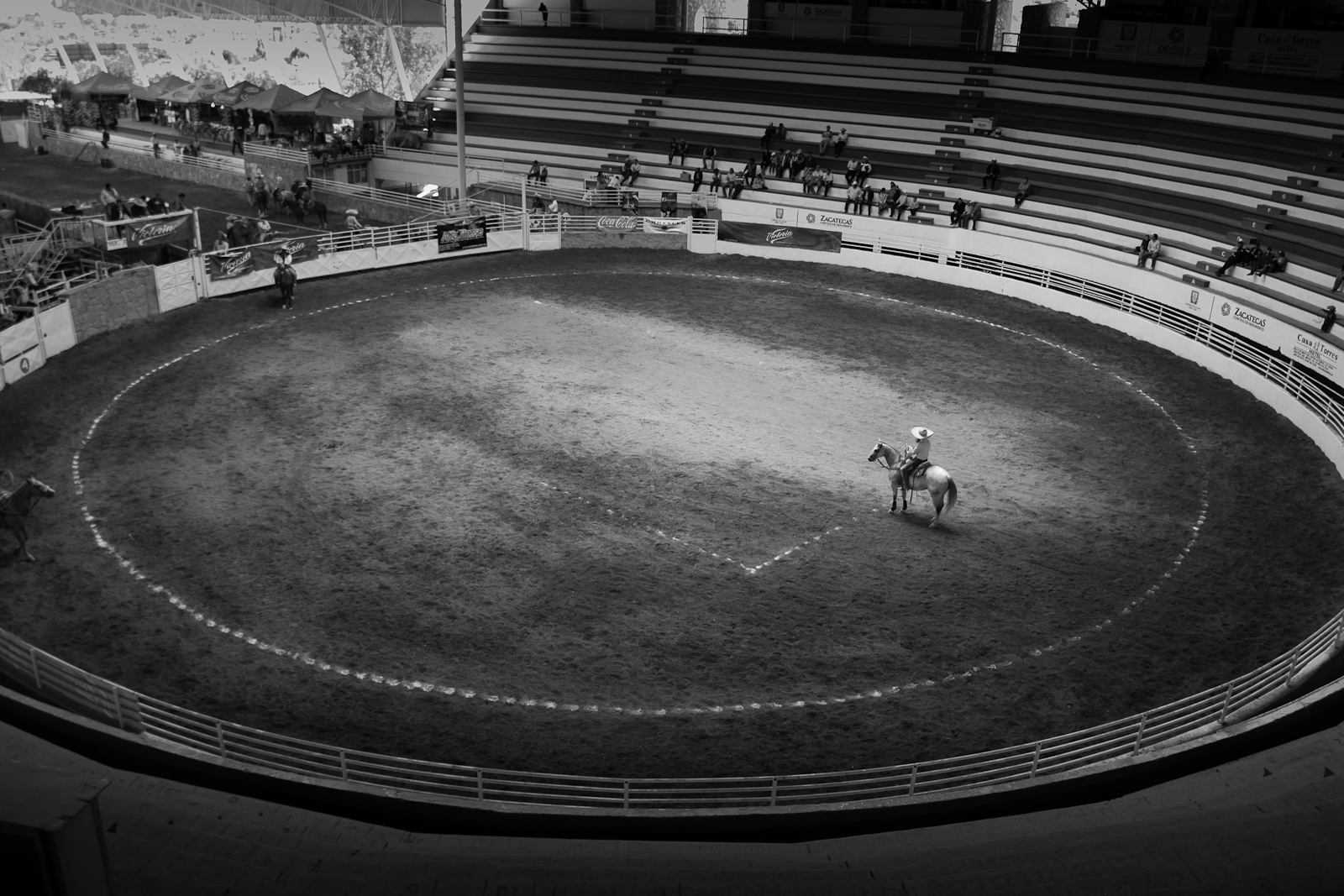