Kelly Clarkson, the Jonas Brothers, and more at Atlantis

PARADISE ISLAND, BAHAMAS (January 27, 2009) "“ Atlantis, Paradise Island resort in The Bahamas, a popular destination for its beach and water attractions, is now a popular concert location as well for some of the top acts in popular music. Within the next eight weeks, the resort will host shows by the Jonas Brothers, Lilly Allen, Kelly Clarkson, Demi Lovato and Secondhand Serenade as part of the Atlantis Live! concert series.

The Jonas Brothers will be "Burning Up" Atlantis for three exclusive concert weekends in spring 2009. The band is performing a series of exclusive appearances at Atlantis in advance of their world tour later this year. The three day/two night Atlantis, Paradise Island Jonas Brothers Weekend in Paradise package includes accommodations, round-trip ground transfers on island and tickets to the exclusive Jonas Brothers concert. Rates start at $589** pp/$199** per child (ages 11 years and under) for the March 14 concert, $639** pp/$199** per child for April 18, and just $509** pp/$199** per child for the May 9 concert. Atlantis is giving away three Jonas Brothers Weekend in Paradise packages, including a chance to meet the band, and dolphin interactions, air transportation and meals for four people. One winner will be chosen for each of the three concert dates. Sweepstakes entry is available online at www.atlantis.com, along with official rules***.

On March 7, Atlantis Live! will host another popular teen performer, Demi Lovato, whose debut album quickly rose to the top of the Billboard charts as soon as it was released in late 2008.
For more information on Atlantis Live! or to purchase any concert packages, please call 1-800-Atlantis or book online at Atlantis.com. 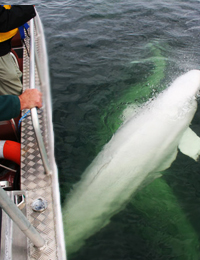