Whenever I come home from spending time in India, someone inevitably says "It is so good of you to give your time and your energy to help those those poor little orphan kids." The people who say this are those who have never worked with orphans. They don’t know that kids without parents are among the most generous-hearted people in the world and possess an infinite amount of patience and love to give. 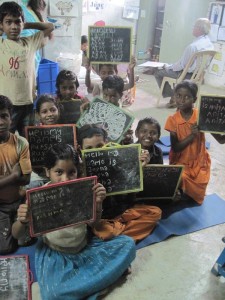 Whenever I arrive at the current orphanage I’m helping at, the welcome I am given is unlike any other that I’ve ever received. I have never seen anyone so happy to see me and so eager to spend time with me; there have never been so many faces smiling at me at once. When I leave at the end of the day, the response is the same, with all of the kids calling "Goodbye Didi! Tomorrow coming?" in a jumble of young and beautiful voices.

When I was 16, volunteering in an orphanage for the first time, I had the naive idea that I was going there to give. To anyone with a similar idea, watch out, because those kids are good. Believe it or not, they may have more to give than you have, even in their poverty. I came to give but my abilities were eclipsed by the orphans I was supposed to be ‘helping.’ It has happened the same way ever since.

Those who say, "It’s so good of you to do that work," don’t know that all I do is go each day to a place where I can receive friendship, affection and sweetness from those who give it best. At the end of the day, there’s no giving from side to side — only a partnership.