The little sushi bar/cafe in Montezuma with the delicious smoothies. ©2019 Andrea MacEachern

It was a hot morning in Montezuma, Costa Rica and the walk down the hill to the village was agony. I was only half way down the hill when a young man on a motorbike stopped. "Senorita, I take you to bottom of hill if you like." He was wearing a nice shirt and khaki shorts which gave him an air of coolness and confidence "“ he didn't look like he was in the habit of picking up strange women walking down that hill. I saw no harm and a few minutes later, he dropped me off at the beach.

A storm had passed near Montezuma the previous night and the water was extremely rough. The smell of Ceviche and Empanadas in the restaurant a few meters away filled the air. I found some shade under a tree, and the sounds of palm trees rustling in the breeze and waves crashing onshore gently lulled me to sleep.

A Way of Life

By late-morning, the heat was getting to me. I was craving a refreshing fruit smoothie, so off I went in search of one. At the end of a street, I noticed an outdoor smoothie bar. A friendly, young man was eager to take on the challenge of making me something that was refreshing but not-too-sweet. It took a while for him to make it as he carefully thought out each ingredient and made sure it was mixed to perfection. He placed his finished masterpiece before me. For the price of three Canadian dollars, I received a delicious, green-colored smoothie in a massive glass…and a lesson in life that I would not soon forget.

"So, are you from around here?" I asked him. "Yes, I was born and raised in Costa Rica." He said proudly and asked if I knew what “Pura Vida” meant. To me “Pura Vida” meant The Pure Life. Natural, untouched, simple and pure. He went on to explain it in more depth for me. "That is how most people interpret it. You see, ‘Pura Vida’ can be a greeting, or a state of mind, or a way of life. You meet someone walking down the street, you say ‘Pura Vida’. You catch the perfect wave while surfing, you say ‘Pura Vida’. You have a wonderful day, instead of saying goodnight, you say ‘Pura Vida’. Finding a great smoothie bar while walking the streets of Montezuma, you say ‘Pura Vida’. It can mean anything but always something good. Anytime good things happen, ‘Pura Vida’ is the appropriate thing to say." Made sense to me. How can you not be living the "Pura Vida" in a country that is considered to be one of the happiest in the world?

Just one of many beautiful scenes that are common along the coast of Costa Rica. How can you live in a place like this and not live the Pura Vida every day! ©2019 Andrea MacEachern

I feel so lucky to be able to say that I experienced Pura Vida first hand and have been able to apply it to my daily life at home. I’ve since embraced minimalism, positivity and a slower pace. Every time I find myself getting overworked, overwhelmed or just plain stressed out, I close my eyes and replay that conversation I had with the lively young man with the dreadlocks and penchant for making the best fruit smoothie I’ve ever had. Then I imagine I’m lying on that sandy beach falling asleep to the sound of leaves rustling in the wind and waves crashing onshore and everything is good again. 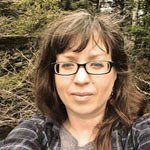 Andrea grew up in Cape Breton, Nova Scotia, lived in Newfoundland for over ten years and recently returned to her hometown. She loves to travel and to write about it and recently, she found a love for another art form; photography. Andrea currently writes content for several travel-booking companies and writes a monthly column for her local newspaper. She loves being outdoors and traveling to new places and keeping her life as interesting as possible! 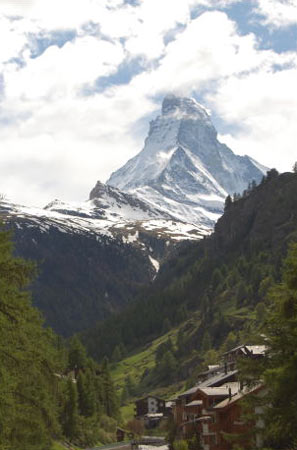