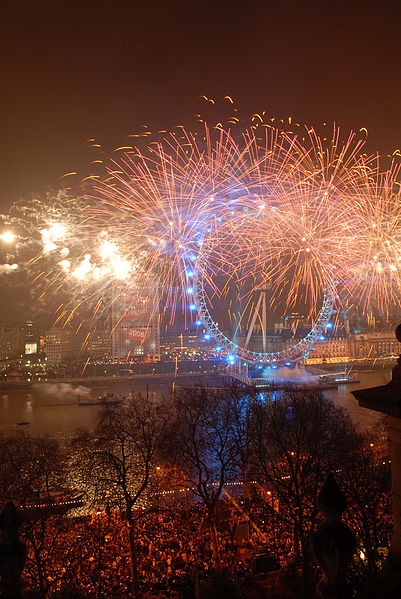 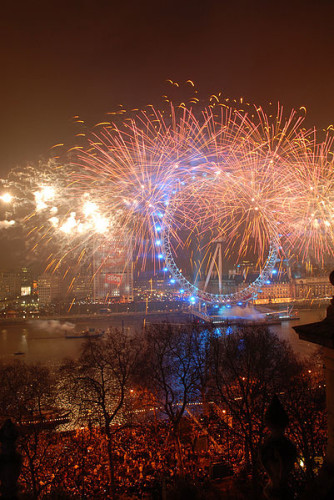 It's time to celebrate the end of a record-breaking year for the capital. Whether you want to join the 250,000 revellers that watch the fireworks in central London, experience a piece of history at the Royal Opera House or go back in time at the Landmark London "“ New Year's Eve has something to offer everyone.

The showstopper as always will be the world famous Mayor of London’s New Year’s Eve fireworks display around the EDF Energy London Eye, Victoria Embankment and surrounding areas. Large crowds will gather along the banks of the Thames to watch the UK's largest annual fireworks display, which is made up of 12,000 fireworks producing 50,000 projectiles, launched from three fireworks barges on the River Thames.

As the countdown clock on the Shell Tower strikes midnight, the spectacular display will be triggered via GPS by the midnight chimes of Big Ben. The extraordinary pyrotechnics and lights will illuminate the capital along with a London themed music mix to launch the festivities, followed by a live DJ set.

Enjoy a night to remember at the Royal Opera House which will be hosting a New Year's Eve party for the first time in its history. Guests can indulge in a range of exquisite food, opera classics and dancing into the night.

There will be celebrations aplenty across the rest of capital including an Alice in Wonderland inspired 'Trip Down the Rabbit Hole' fancy dress party at Village East restaurant and bar, as well as the 'FunkTonite' party at Dover Street Restaurant & Bar with live music until the early hours.

Partygoers can step back in time at the Southbank Centre's Vintage New Year's Eve Party and welcome the New Year in style with a glamorous extravaganza of entertainment with timeless sounds and styles across five vintage nightclubs. More retro fun can be had at the Landmark London hotel as they travel back in time to the Belle Ã‰poque period when the hotel first opened its doors in 1899. The New Year's Eve Soiree will include a decadent five-course dinner and an array of entertainment from world class performers from can-can dancers to music acts, live singing and a casino.

Public transport is the best way to get around the capital on New Year’s Eve and it's always a good idea to plan ahead to make the most of the busy central London celebrations. visitlondon.com/newyear

The Smell of Yak 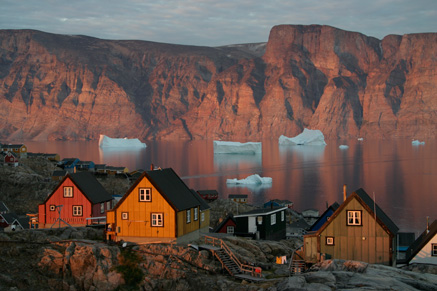