Singapore's cultural festivals and events are the perfect opportunity to experiences the colorful diversity and character of this vibrant country.Â  From shopping sprees to delicious moon cakes, Singapore has a festival for every taste.Â  Don't miss out on the chance to see Singapore's exciting celebrations with highlights as follows:

The following is a highlight of the most dynamic celebrations & events taking place in Singapore in 2012:

Â§Â Â Chinese New YearÂ (begins January 23):Â Â Chinese New Year, also known as Lunar New Year, or the Spring Festival, is one of the most eagerly anticipated occasions each year. This is the biggest and most significant event of the Chinese community, and it is observed by Singaporeans from all walks of life. Singapore bursts with all sorts of activities and events during Chinese New Year each year. The centrepiece of the festivities is theÂ Chingay Parade, a grand carnival-like street parade with dazzling floats, thrilling spectacles like fire-eaters, magicians and sizzling dance acts. Another popular annual Chinese New Year event is theÂ River Hongbao. Held on the Marina Bay Floating Platform and the Esplanade Waterfront Promenade, the vicinity comes alive with the throbbing beat of lively street performances, shopping and games stalls, lanterns and fireworks "“ a crowd favorite during Chinese New Year.

Â§Â Â ThaipusamÂ (February 7): Thaipusam is a highly symbolic Hindu festival celebrated by Singapore's Tamil community. It is an annual procession by Hindu devotees seeking blessings, fulfilling vows and offering thanks. In Singapore, the Thaipusam ceremony starts in the early hours of the morning where devotees fulfill their vows with a 4.5 km walk from Sri Srinivasa Perumal Temple along Serangoon Road to Sri Thendayuthapani Temple on Tank Road. The festival is not just an exclusively Indian affair; several Chinese devotees and people of other races also come to fulfill their vows on this day. The festival is a visual spectacle and it often brings traffic in the city centre to a standstill, with a colourful procession full of chanting and dizzying rhythms of Indian drums.

Â§Â Â The Great Singapore SaleÂ (May 27-July 24):Â  Singapore is a shopper's paradise, but the best time to pick up bargains is during this annual event.Â  Each year, shopaholics from the region and beyond flood to these shores to get their hands on bargain buys during the Great Singapore Sale. With prices slashed up to 70% off its original prices at the main shopping belts and in suburban shopping malls throughout Singapore, this much-anticipated annual mega sale promises nothing less than tremendous bargains on a dizzying array of items from both Singaporean and international brands.

Â§Â Â Hungry Ghost FestivalÂ (usually takes place in the month of August): Every year, the Chinese in Singapore observe a large-scale tradition of paying respects to the dead. Taoist Chinese believe that during this month, the "Gates of Hell" are opened and souls of the dead are freed and allowed to roam the earth. From grand feasts costing thousands of dollars to a mÃ©lange of puppetry, opera and singing performances, the various ways with which the Chinese appease these roaming spirits is fascinating to watch, these festivities usually take place across the various neighborhoods like Chinatown, Redhill and Geylang "” so check these out if you're feeling a little adventurous and want to lose yourself in a truly local experience.

Â§Â Â Mid-Autumn FestivalÂ (September 30): Based on Chinese legend and traditions brought to Singapore by their ancestors, the Mid-Autumn Festival is celebrated to commemorate the selfless act of Chang’ e, the wife of a merciless ruler. Observe and capture the timeless fond traditions surrounding the festival by heading to Chinatown, the vibrant hub of the Chinese community, to soak in the convivial mood. For the culinary adventurous and budding gourmands, sample scrumptious mooncakes (a rectangular Â box or circle shape thick pastry dough filled with yummy ingredients) in traditional flavors like lotus and egg yolk or exotic varieties likeÂ durian, chocolate, coffee and ice-cream.

Â§Â Â Hari Raya HajiÂ (October 26): Hari Raya Haji, otherwise known as the "Festival of Sacrifice", is celebrated over a period of three days by Muslims all over the world. It commemorates the Prophet Abraham's willingness to sacrifice his son in the name of God. After a long day of carrying out customary religious practices, Muslims then pay a visit to their parents, families and friends for a hearty lunch and merrymaking. You can partake in the festivities in areas such asÂ Geylang SeraiÂ andÂ Kampong Glam, where lively bazaars and dazzling local decorations are held to mark this important day for locals and visitors to soak in the atmosphere.

Â§Â Â DeepavaliÂ (November 13):Â  Deepavali is the celebration of good over evil, and light overcoming darkness. During Deepavali, the streets of Little India are artfully decorated and lit up in bright festive colours, transforming it with an explosion of vibrant, colourful arches and lights.Â  Festive bazaars and numerous cultural activities such as the Indian Heritage and Craft Exhibition, Street Parade, Countdown Concert are also held.

Â§Â Â Christmas in the TropicsÂ (Mid-November to early January):Â  Snow blizzards and parkas will hardly be missed during this month-long festival.Â  Watch as shopping centers compete to put on the best light show and street performers and stilt-walkers roam about the streets.Â  And for fashion fans, look out for the colorful make-shift stages which are decked out in glittering lights and decorative baubles, all ready for local and regional models to strut across them in the season's trendiest style offerings.

Â§Â Â ZoukOutÂ (December, dates TBA): While Singapore's nightlife is one of the city's major attractions, you would not have seen nothing yet until you've been to ZoukOut. This decade old dance extravaganza is without a doubt one of the biggest outdoor beach parties in Asia, having played host to world famous DJs such as dance music luminaries Carl Cox, Hawtin Sasha, Armin Van Buuren, and James Lavelle. Held at Siloso Beach on the island of Sentosa, it is definitely a place to be seen.

Fly Delta from NY to Israel 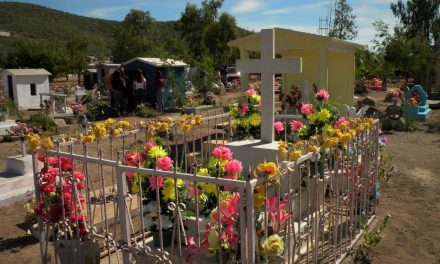