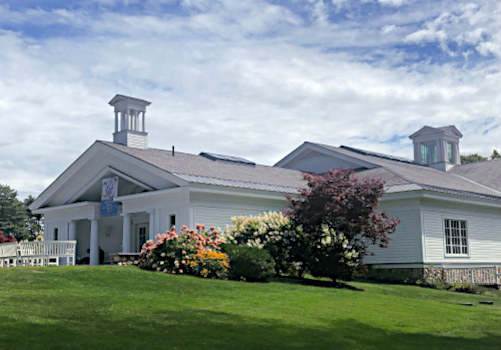 A drive through the Berkshire Mountains of Massachusetts brings one to Stockbridge, a quintessentially New England town, with magnificent scenery. On a hot, summer day last year my husband and I drove through these parts with one goal in mind – to visit the museum dedicated to the most prominent resident of Stockbridge, the cherished American artist and illustrator Norman Rockwell.

Triple Self Portrait, the painting of and by Norman Rockwell ©2021 Susmita Sengupta

Norman Percaval Rockwell was born in 1894 in New York City and knew by age 14 that he wanted to be an artist. He took classes at New York art schools and upon graduating found immediate employment as the art director for Boy’s Life magazine, the publication of the Boy Scouts of America. He was already trained in the illustration skills that would make him the forerunner of American everyday life art.

When he was 21, his family moved to New Rochelle, New York and there Rockwell began to work with famous illustrators and cartoonists. At age 22, in the year 1916, Norman Rockwell illustrated the first cover of The Saturday Evening Post. He would then go on to illustrate the covers of Post magazines for the next 47 years which in turn would make him a household name across America.

In the Entrance Hall of Norman Rockwell Museum ©2021 Susmita Sengupta

The Norman Rockwell Museum, situated for its first 24 years on Main Street in Stockbridge is now located on 36 acres of lush land that overlooks the Housatonic River Valley. Founded with the guidance of Norman and Molly Rockwell in 1969, it houses the largest collection of Rockwell art anywhere in the world. After parking the car, my husband and I walked up to the building, a dazzlingly white structure with an entry porch adorned by a cupola. Designed by the architect Robert A. M. Stern, the museum building is surrounded by a scenic landscape of evergreen trees, flowering shrubs and eye-catching sculptures of abstract nature.

I discovered that the sculptures were the handiwork of Rockwell’s son, Peter Rockwell, a well-known sculptor, who passed away recently in February at age 83.

The Marvelous World of Rockwell’s Paintings

Rockwell's paintings, illustrations and writings depicting American culture and small-town life elevated his work to an iconic status. Most of these paintings were made by him over a span of fifty years to grace the cover of The Saturday Evening Post magazine. But he also illustrated books, painted portraits, calendars, posters, murals and advertisements.

The museum is the abode of all 323 of his covers for Saturday Evening Post, along with numerous of his paintings, sketches and artworks. After purchasing entry tickets I stepped into the beautifully skylit main gallery and found myself surrounded by familiar masterpieces. Right in front of me was the sassy ‘Triple Self Portrait’ of Norman Rockwell, peeking at the mirror while painting himself.

Walking around the museum was a daunting task, albeit in an enjoyable way as I had to stand and savor almost each of the displayed paintings. My favorites: the four paintings known as the ‘Four Freedoms’ series from 1943 which was inspired by the speech of President Franklin D. Roosevelt during the Second World War. ‘Going and Coming’ from 1947 showed in precise detail the joy and exhaustion of a family on vacation that he painted with humor in a split screen fashion. ‘Stockbridge Main Street at Christmas (Home for Christmas)’ from 1967 transported me straight into the idyllic scene of snow-covered streets and glowing houses.

During his lifetime, Norman Rockwell worked in around twenty studios but the one on the museum grounds, the final one, was the “best studio yet” according to him.

A brick red cottage with a green, sloping roof, the studio building was located originally in the backyard of Rockwell’s house in Stockbridge before it was placed in its present picturesque surroundings in 1976. I walked on winding paths, past rows of apples trees heavy with fruit, each tree planted for a Rockwell grandchild, to see his easel, chairs and other furniture all displayed with an intent to immerse the visitor into a working day in the life of Norman Rockwell in October 1960. He was painting ‘Golden Rule’ which would not only adorn a Post cover but would also later on hang as a mosaic at the UN Headquarters in New York.

The easel held the poster showing a cluster of people dressed in a variety of outfits from around the world, of differing colors, race and ethnicities and I read the immortal quote embedded in the painting, ‘Do unto others as you would have them do unto you’, a saying that will hold true forever.

In addition to the permanent collection of Rockwell’s paintings, the museum holds constantly changing temporary shows. My visit coincided with the eye-catching exhibition on illustrations by many artists including Rockwell who depicted the myriad world-shaking events of 1969 through their influential work. A look at the original painting of ‘The Very Hungry Caterpillar’ by Eric Carle, a mainstay book in most households with young children, brought back fond memories of spending time with my then young daughter, reading and enjoying the same countless times.

There were exhibits of the Muppets of Sesame Street, beautifully illustrated posters of Woodstock festival, concert posters for rock musicians and of course the artworks of Norman Rockwell showing man’s landing on the moon.

I did not know much about the relationship between the psychoanalyst and development psychologist Erik Erikson, and Norman Rockwell who entered into therapy with Erikson, who is most well-known for coining the term ‘identity crisis’. But the association shaped each of their works and the related exhibition highlighted this through displays of their artworks, correspondences and photographs.

Most interesting for me was to see Erikson’s handwritten notes of the chart he made on the life of Mahatma Gandhi. This was in preparation for the book ‘Gandhi’s Truth: On the Origins of Militant Non-violence’, for which he won the Pulitzer Prize as well as the National Book Award in 1969.

Splendor of the Berkshires

Before long it was time to bid adieu and on the drive back home, I reveled in the glory of the Berkshire Mountains. The scenic drive opened up dazzling vistas of trees barely starting to change colors, as the mountains dotted with the stunning greens of sugar maples, birches and oaks glistened in the afternoon sun. It was the perfect finale to a trip that familiarized me with the works of an artist who is synonymous with the cultural image of America.

Susmita is an architect by background from New York City, but also a freelance writer who loves to travel. She writes frequently at In The Know Traveler and many other online travel publications.