Liquidy Temples, Butterflies
My last Panorama tour begins at the gorgeous seaside temple of Tanah Lot, which was built in the 16th century on Bali's southwestern coastline atop rocks pounded by waves. (Beach footgear is suggested.) This being a top visitor attraction tourists must run a gauntlet of peddlers down towards the ocean. There, a cave contains a supposedly mystical snake that can be seen "“ for an additional fee. 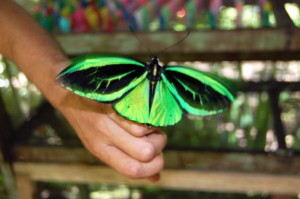 Pressing onwards and upwards in a comfy air conned van, the climate becomes cooler. We stop for lunch at the open air Labhagga Restaurant at Pacung, where the buffet of Indonesian food is as so-so as the vistas of rice paddies, mountain ranges, ocean and Saranam Eco-Resort's thatched roof bungalows beckoning below are spectacular. (While admission to all of the venues on Panorama's excursions is included in the hotel/tour package, lunches are not.)

From there it's on to the Floating Temple of Ulun Danu, picturesquely perched on Lake Bratan, which includes a manicured complex of Hindu, Buddhist and Islamic places of worship (Indonesia is the world's largest Muslim nation), sporting thatched towers and minarets. Motorboats swoosh across the lake; many of the vacationers are Indonesians, drawn to the area's cooler temperature and mountainous body of water. A black dog ensconced on the lawn either ponders how to eat a hardboiled egg or is participating in an Easter egg hunt.

I'm happy to leave the driving to Panorama. Not only do the Balinese drive on the opposite side of the road, but their streets are often clogged with motorcycles, as cars, vans, buses and trucks play a game of chicken with oncoming traffic and force smaller vehicles to give way. I can't help but wonder how believing in reincarnation affects Bali's accident rate and its insurance policies. In any case, this "Heart of 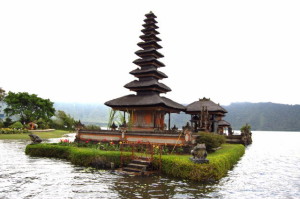 Bali" excursion is my final Panorama trip "“ literally. Despite Made's repeat assurances to me when we part, the tour company fails to pick me up the night of my departure, leaving me to scurry about for a last minute ride to the airport and enough Indonesian currency to pay for it and the annoying departure tax for the right to leave Bali "“ where they squeeze tourist coming and going.

The Flight to Bali
There are no non-stop direct flights between Los Angeles and Denpasar, and I flew on Cathay Pacific Airlines, which required me to deplane at Hong Kong, go through security and catch a connecting flight on to Bali. The entire trip took the better part of a day, which is mollified by flying first or business class, which offer innovative, honeycomb type designs. At the press of a button, the ultramodern seats flatten out, turning into beds inside of a cubicle, which is conducive for privacy and sleep, if not conversation. The service is excellent; Chay, a top-flight flight attendant originally from the Philippines greets and chats with passengers. The food is good; we're served shrimp atop pineapple slices shortly after takeoff, and, astoundingly, even offered seconds. This is followed by a salad with duck, lettuce, red and green pepper slices with vinaigrette. I chose halibut with mushrooms, spinach and potatoes for my entrÃ©e. Dessert includes cheeses, crackers, grapes and pecan pie. The entertainment is likewise pleasing with a flat screen TV emerging from the cubicle's wall, often international music and movies. Having seen the original and headed for Asia, I watch Nicholas Cage's adaptation of the Thai indie Bangkok Dangerous.

Despite the interminable peddlers, pounding rains, long flights and reckless driving, and even though my promenade down the path towards enlightenment didn't enable me to attain Nirvana, I'm still glad I was on the road to Bali.

For reservations at both of Bali's Four Seasons: reservation.fsrb@fourseasons.com. 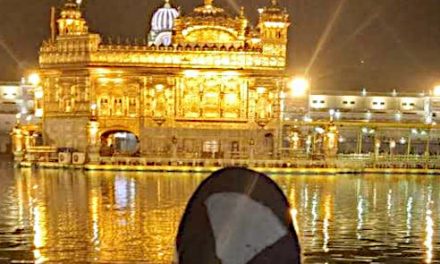 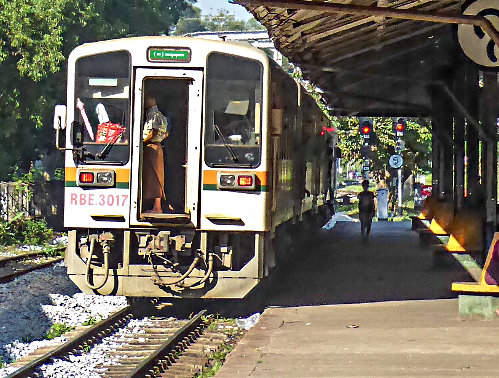