The Boot of Cap Finisterre, Spain

I have just come back from a four week trip criss-crossing of Galicia in the north of Spain. Compared to the popular south, the northern province is vastly underrated, which is totally unjustified given the many beautiful landscapes, interesting history, legends and myths Galicia has to offer. At every twist and turn I can discovered something new and unexpected sights just waiting to be admired. There are the peaceful Â´riasÂ´of the broad streams and the ragged cliffs and crashing waves of the Coast of Death on the Atlantic. Hikers and bikers find endless paths, hills and mountains to climb and leisure fans can indulge on one of the numerous, white and nearly empty beaches.
Of course what anybody who has even an inkling of where Galicia actually is has heard of, is the Camino de Santiago, the worldÂ´s longest pilgrimage which starts in France and ends in Cap Finisterre, the Â´End of the WorldÂ´on the Atlantic coast which also marks the southernmost point of the Coast of Death. 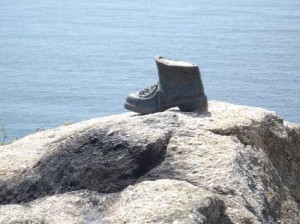 Not being a great hiker myself, I didnÂ´t make the entire pilgrimage, but I did walk the last three miles from the village of Finisterre to the lighthouse of Cap Finisterre. Both ways, I might proudly add. Once I reached the lighthouse, which by itself is pretty impressive and I though I couldnÂ´t really go any further before plunging over the cliffs to my death in the freezing Atlantic, I turned one last corner and discovered this: a bronze boot standing on top of one steep and lonely rock. Of course, the significance of that boot got me thinking what it might all be about and my fantasy ran riot. No plaque or inscription anywhere which might shed light on the story of the bronze boot. Once back in the village of Finisterre, I started asking around and got to the bottom of it: The bronze boot marks the end of the pilgrimage and the pilgrims who have successfully completed the route and, by doing so, cleansed their mind and spirit of all bad experiences of the past, ready to start a new and better life, are supposed to burn their boots and clothes on this very spot as a signal for a new start.

I didnÂ´t actually see any pilgrims doing that, but on my way to La Coruna, I met a French lady pilgrim on the coach and she told me that she had done just that and showed me the picture of the pyre she had made. Yes, I know what you are thinking! I thought the same! You are supposed to change into fresh clothes and new boots before you burn the old ones! 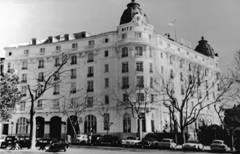 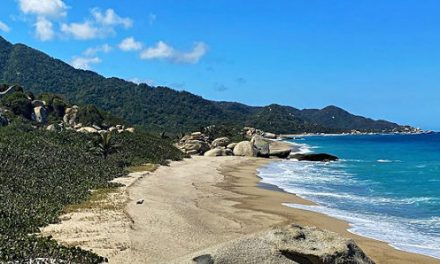