The King of Australia’s Outback 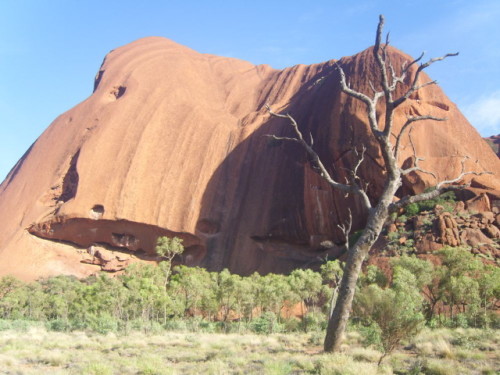 A commotion was spreading throughout the cabin as the captain announced that we will soon be reaching our destination.

Â“Before I put on the seat-belt sign, ladies and gentlemen, if you are fortunate enough to be sitting on the left side of the plane, look out the window now.Â” 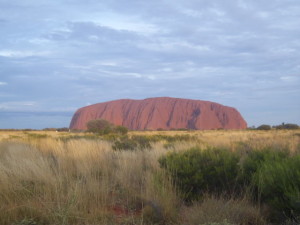 For a few seconds, it was just a plain of nothingness, until someone closer to the front of the plane excitedly shrieked Â“there it is!Â”

What followed was a chorus of Â‘oooosÂ’ and Â‘ahhhsÂ’, as well as a frenzy of cameras clicking away. From the right side of the plane, where I was unfortunately sat, it felt like the paparazzi had just spotted the likes of Jon Bon Jovi or Keith Urban, although it was a different sort of rock star that captured everyoneÂ’s attention this time.

Yes, there it was, a sole structure of incredible size and color stood majestically on this sun burnt earth, surrounded by the flat semi-arid zone; the pin up image of outback Australia.

Uluru, or Ayers Rock, is in its spiritual sense and location, the heart of Australia. To visitors of the region, the encounter with the rock is almost a religious experience. In this vast emptiness where the skyline is dominated by one two giant structures, Uluru and Kata Juta, you are almost obliged to look at either one or the other. To the Anangu people, the traditional owners of this land, Uluru is one of their most sacred sites. Many of theirTjukupa, creation stories that are the basis of their social, religious, legal and ethical systems of the Anangu, are centered around the rock, where ancient battles between good and evil were fought and where many of their spiritual totems roamed.

Heads in the Sand at Ayer’s Rock

Standing on top of a sand dune in the middle of the resort grounds, I have been staring at it for half an hour. Undeterred by the perfect sunset splashing shades of yellow and red across the sky behind me, I only had eyes on this solid, giant rock. 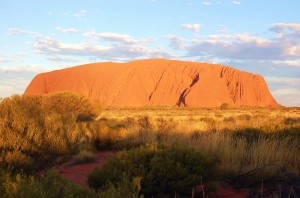 We stared at it hoping it would move, or do something, and as surreal as it sounds, the rock did move. In the course of 12 hours the rock can change from a dull pre-dawn grey, to a musty pink then slowly illuminating to the bright crimson red that it is famous for. Uluru, in its unique shape and size seem to dominate the attention and not even the incredible colors of sunrise and sunset could deter our gaze towards it. From above, the outline of this monolith is shaped like a human heart, and with the help of the natural elements, it beats at a rhythm that touches your own as you follow its color, shade and pattern from different angles throughout the day.

After a quick morning breakfast post sunrise our guide took us to the base of the Uluru and the nearby culture centre to learn more about these traditions and to understand the sensitivity surrounding these sacred areas. Everywhere I looked there were signs requesting the visitors to make a conscience decision not to climb Uluru, even though after years of debate the climb remains open by Parks Australia.

Rumors circled in the tourist communities that any conduct that shows disrespect to the rock brings bad luck. A Â‘Sorry BookÂ’, found in the corner of the culture centre, is a compilation of letters people have sent from all over the world Â‘returningÂ’ pieces of the rock they took while climbing the Uluru on a previous trip. These visitors requested to have the returned rocks to be returned to their rightful place, reported strings of misfortunes that fell on them.

I am not superstitious but these letters make me question the legitimacy of karma, or perhaps some spiritual intervention?

After an incredible sunset once again with Uluru at the centre of our attention, we continued to stay under the starry skies of the Red Centre, with no cloud cover and any obstructions of the cities, the sky was a black sheet of velvet littered with sparkling diamonds; with an open air barbecue and intriguing stories that brought the Tjukupa of the Anangu from the elders, about the hunters and the spirits of the earth up to the Southern Cross, planets and the stars; the colors of the day replaced with a dim stillness in the air, and even in this darkness each and every one of our eyes were peeled in search for the familiar silhouette that had captured our attention since dawn.

Written by Amy McPherson
Based in Sydney, Australia, Amy is a writer stuck in the corporate world. A Business Analyst by profession, she works her life around travelling and has managed to squeeze in postgraduate studies in writing somewhere in between. Amy met her husband in 2006 while working on a community development project in Peru, and the travel-holic pair celebrated their love by getting married in Vanuatu in 2010.

Amy keeps a blog on various travel topics at www.footprintsandmemories.com. 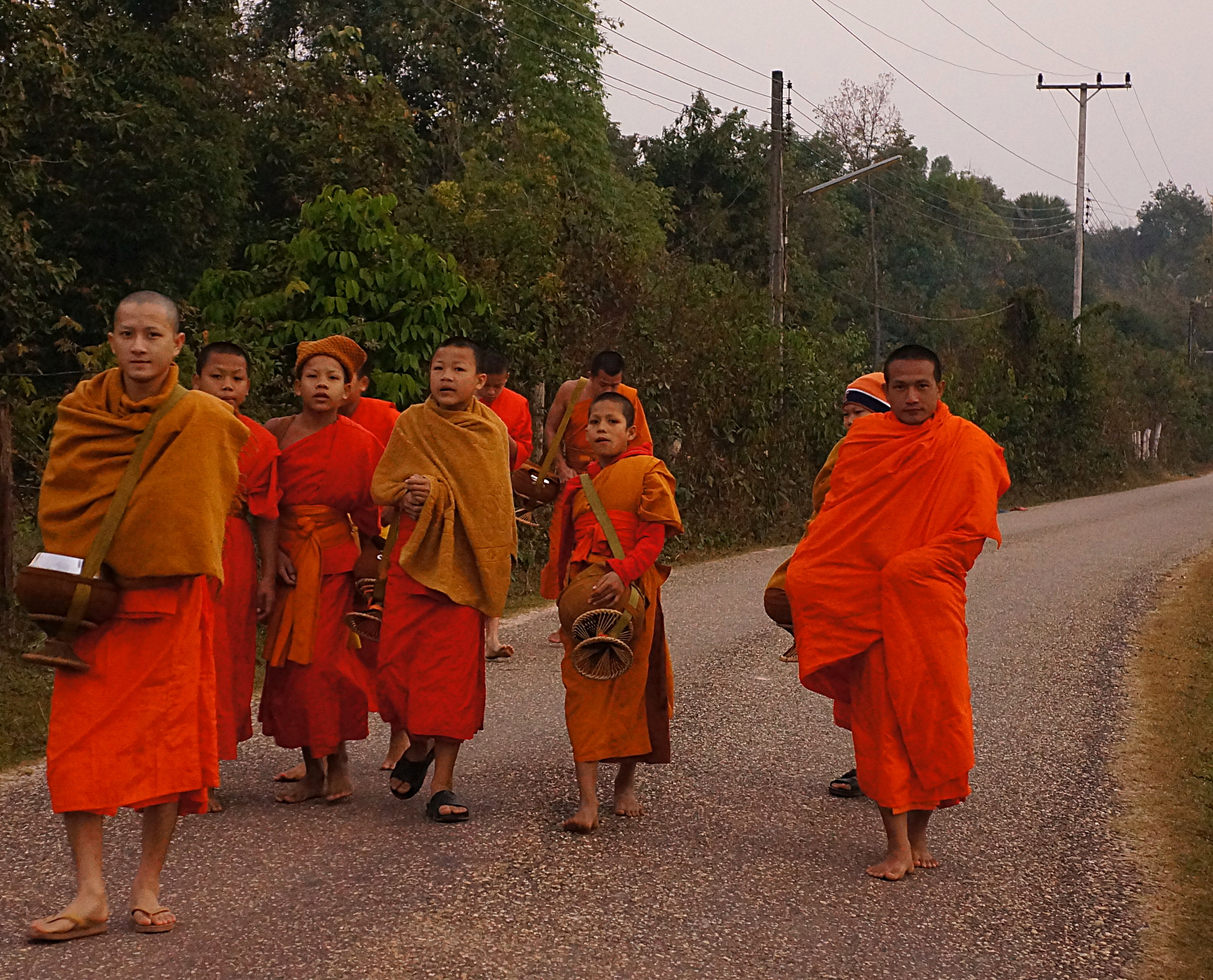 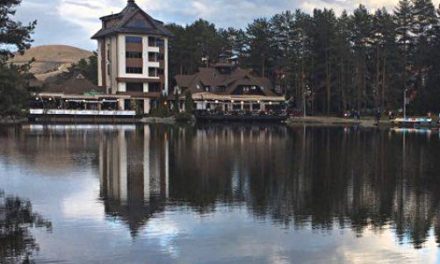