A Unique location Beyond Your Expectations

Imagine the ideal holidays: Enjoying the hot peaceful ocean water in beautiful beaches, next to the comforts and the luxury of some of the best hotels in the world, with golf courses and spectacular pools, as well as a natural environment of incomparable beauty.

Traveling through the streets of Oaxaca , one can see a magical city over 400 years old, unique in the world by its architecture and the color of its materials.

Enter the mysteries of a thousand-year-old culture whose language and traditions remain alive despite the years, tasting the exotic plates of one of the various and most refined kitchens of the planet.

As incredible as it may seem, that place exists. And not only within your imagination, but all of this is within reach in Oaxaca , a unique place in Mexico that will go beyond your expectations to offer you the opportunity to witness first hand the cultural and natural wealth that exists.

With an extension of over 36 thousand square miles, Oaxaca is the fifth largest state in Mexico with fertile valleys and high mountainous zones that descend to the coast of the Pacific.

At the foot of the spectacular cliffs are some of the most beautiful beaches in Mexico, including the tourist centers of the hot bays of Huatulco and Puerto Escondido, each one with a modern airport featuring first quality amenities for tourists.

The nine bays of Huatulco, enclose 36 beaches, inlets, coves and other smaller refuges, who receive over 200,000 tourists each year at the excellent luxurious hotels.

Nine of the 11 species of sea turtles that exist in the world arrive to the coasts of Mexico and four of them have a final destination on the beaches of the seaboard of Oaxaca , where they nest and reproduce.

Aside from that, Oaxaca has the only center for conservation and preservation of sea turtles on the planet which is located very near Huatulco, next to the beach of Mazunte .

Nestled within the hills and mountains and only 300 miles south of the Mexican capital, the city of Oaxaca is an authentic jewel of the colonial architecture and was declared a Cultural Patrimony of Humanity by UNESCO in 1987.

Traveling through the streets of Oaxaca one will see the historic wealth of the second city founded by the Spaniards in Mexican territory, with their magnificent constructions of green quarry and cathedrals with elaborate architecture, among the ones that emphasize the church and the former convent of Holy Sunday as an example of the artistic majesty of this region.

But a lot before the arrival of the Spaniards, almost 2,000 years ago, Oaxaca was headquarters of the rise of the Zapotec culture, that reached its height between the centuries VIII and IX and whose influence continues to be present in the everyday life of their residents.

Oaxaca is at present the region of Mexico in which inhabits the majority of people who speak the native language and almost 400,000 of its residents utilize Zapoteco, which places third among indigenous languages in the country, only behind the Nahua and Mayan.

Among the traces of the Zapotec culture is the archaeological zone of Mount AlbÃ¡n , an imposing architectural complex that was the old capital of Zapotecas and one of the first cities of Mesoamerica . Zapotecas, found in a magnificent state of conservation, was the center of the religious, economic, and political power of the zone for centuries.

The cultural wealth of this Mexican state is also declared in the variety of its elaborate gastronomy, with plates as the â€œBlack moleâ€ (darker and sweeter than the traditional mole), the chileatole, yellow crispy tortillas, etc. These all have a great influence of the native traditional kitchen, mixed with the Spaniards.

The culture OaxaqueÃ±a is summarized in the Guelaguetza, a festival that lasts nine days each summer in Oaxaca with artistic representations of the different regions of the state. It is an expression of the great culture that exists for the OaxaqueÃ±os and a unique spectacle in the world that no visitor should miss. 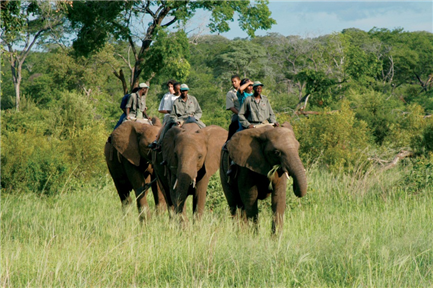