I wanted a Goldilocks layover on a return flight from Vietnam â€“ not too long and not too short. I never imagined the nine-hour layover at Seoulâ€™s award-winning Incheon airport would be just right. Deplaning after an overnight flight and in search of a restaurant to kill a few hours over breakfast, I noticed a Korean Transit Tour kiosk, aka, the answer to my prayers. A representative pointed out the tours I could choose from based on my layover time. With still more than eight hours before boarding, I could pick any of their nine tours â€“ ranging from one to five hours long. I settled on the Gyeongbokgung Palace tour, paid $7 (US dollars) for the included lunch, and hopped on the waiting tour bus with a to-go breakfast in hand.

The modern, air-conditioned bus became a classroom as it cruised out of the airport onto the highway for the 27-kilometer trip from Incheon to Seoul. The English-speaking guide discussed all things South Korean â€“ culture, food, politics, history, geography, and K-pop. The only thing missing in the bus was a karaoke machine with Gangnam Style on the playlist.

An hour later, I stepped off the bus, paid the 3000 South Korean won (about $2.50) entrance fee and entered the 14th century Gyeongbokgung Palace. The palace complex, which predates the Forbidden City in China, has had its ups and downs. In the 1500s, many buildings burned to the ground, were rebuilt, only to burn again. It was rebuilt nearly three centuries later and was once more mostly destroyed during Japanese occupation from the early 1900s until South Korea was liberated by Allied Forces in 1945. The South Korean governmentâ€™s painstaking restoration of the buildings, including their ornately painted ceilings and roof beams, started in 1989 and continues today.

Entering by way of Heungnymun Gate, I visited the Throne Hall, the kingâ€™s and queenâ€™s quarters, and the Executive Office. The palace complex covered a whopping 101 acres so I hit only a few highlights. I was completely enchanted by local visitors wearing hanbok â€“ traditional silk garments. The palace has been used for historical movies so seeing entire families decked out in matching clothes, that haven’t changed much over the centuries, added to the ambiance. They seemed to be straight out of central casting. As it turns out, the palace entrance fee is waived for anyone wearing hanbok, which can be rented for $8 at nearby shops.

The tour continued to Insa-Dong, a neighborhood in Seoul known for antique and folk-art shops. After a traditional lunch of kimchi, barbequed meat, and rice, (included in the fee paid at the airport), I had time to browse the local shops. The souvenirs here were more refined and unique, less tchotchke-esque. Boutiques offered some vintage, some new, somewhat funky, clothing in the $40 to $60 range.

Back at Incheon Airport

I still had time to kill. I thought, once again, the time would drag on with clock-watching and the endless droning of overhead flight announcements. Wrong again. I found my way to the Cultural Experience Center, near Gate 25 in Terminal One. With the help of patient teachers and free kits (which are changed daily), I was transported back to elementary art class at a group table with kid-sized stools, learning a new-to-me craft â€“ najeon. Najeon is mother of pearl decoupage on black lacquerware. A trio performing traditional Korean music on a harp, zither, and lute topped off the experience. The only thing missing was a kid eating glue at the arts and crafts table, but you canâ€™t have everything. 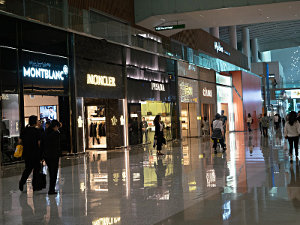 All kidding aside, a layover at Incheon felt like a minivacation. Even though I didnâ€™t have time to explore all the amenities the award-winning airport offered, including indoor gardens, spas, a virtual gym, designer shopping, or sampling the bibimbap (popular rice, mixed vegetable, egg and meat dish), the brief time spent at Incheon Airport and in Seoul were a perfect introduction. Next time I land there, I wonâ€™t be in transit, Iâ€™ll be staying a while. 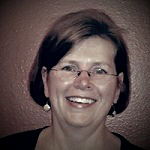 Teresa Otto is a freelance writer, photographer, and retired pediatric anesthesiologist. After growing up in Montana, she has lived in Washington, New York, Hawaii, Germany, and Kuwait. While she intends to see much of the world while traveling off the beaten path, Montana will always be home, Keep up with her travels at www.thenomadsdaughter.com and on instagram at www.instagram.com/teresaotto_thenomadsdaughter

Beneath Budapest: How Caving Saved My Sense of Adventure

The Pope in Sydney