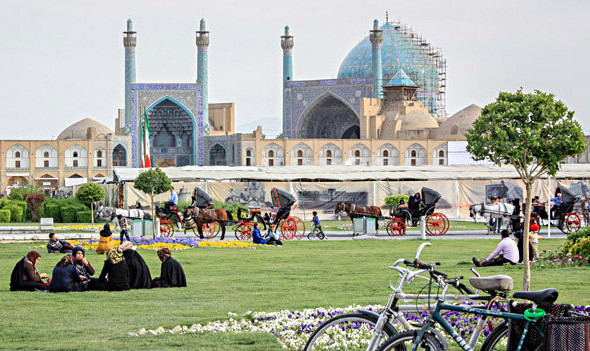 The city of Isfahan is fondly referred to by Iranians as “half the world,” for it has as many beauties as in half of the whole world. Situated on the Zayanderud River, it is an ancient city, at one time the capital of the Persian Empire. In my trip to Iran, this was the city my husband and I spent the most time in and we delighted in every moment. As Americans, we were required to travel with a tour group or guide; we chose to hire a private guide, with whom we got along splendidly.

This was near the end of our itinerary, so by this time I already well-versed in the astounding Iranian hospitality, the endless cups of tea, and the pride of the Persian people in their long history, culture and literature. I had already seen many dazzling mosques and bazaars, but Isfahan was a whole new level of “wow!” It’s easy to see why many people consider it the gem of Iran.

Center stage is the Imam Square and Imam Mosque. Only recently (relatively speaking), after the Islamic Revolution of 1979, the square was renamed from King’s Square to reflect the title of a Muslim leader, Imam. It’s a UNESCO World Heritage site.

At one end of the square, the Imam mosque dominates the landscape. Walking up to it, the closer I got, the smaller I felt. Inside its cavernous spaces, I craned my neck to admire the tile work and soaring ceilings. Although our guide was regaling us with many historical and architectural facts and figures, I had a hard time paying attention; I was engulfed in, enthralled by, the artistry — I just wanted to swim in that, in the blues, golds, purples and greens.

I pretty much just walked around slack-jawed. This mosque alone surely equals a tenth of all the beauty in the world. The crown jewel, so to speak, is the “peacock ceiling.” When a shaft of light hits it just right, it looks like a peacock with feathers splayed out.

Also on the square is the former king’s palace, Ali Qapu, used when Isfahan was the capital. The kings would sit on the balcony overlooking the square and watch polo matches take place there. Today, horses still fill the square, but they pull tourists in buggies around the perimeter on the cement sidewalks. The horses, however, do not *walk!*. The Iranians always do things with pizzazz, so perhaps I shouldn’t have been as shocked as I was when I saw the drivers spurring their horses on, tearing through the pedestrian throngs at liberating speed.

Inside the palace, I once again was swallowed in the artistry, in the unique beauty of the carved wooden ceiling. Again our guide was being informative, but I’d have to ask him later about the details, all I could hear was the hum of the walls and the ceiling, the little voice in my camera telling me to scurry here and there to capture the sight for memory.

Iranians are world-champion picnickers. So of course we had a picnic dinner in the square with some friends of our guide, surrounded by locals enjoying this activity. Morning, noon and night, we saw friends and families enjoying a meal or tea together on the grass.

Spices inside the bazaar at Imam Square ©2019 Shara Johnson

Inside the structure that forms the square is a mammoth bazaar where we browsed through all kinds of clothing, gold jewelry, souvenirs, spices, perfumes, sweets, tea pots — a dazzling array of items.

I think we took home more souvenirs from this trip than from any other trip, spanning all seven continents and about 40 countries. I watched various craftsmen working meticulously. We took home fancy tiles, miniature painted boxes, types of cloth made by different techniques, clothes, and of course a Persian rug! At first I was skeptical about spending time in a carpet store, but in the end, we couldn’t help ourselves.

Inside the Friday Mosque ©2019 Shara Johnson

In contrast to the monumental and lavish Imam Mosque, across town is the very old and more humble Friday Mosque. But I found that its spare decoration accentuated the beauty of the lines in the architecture and gave it a rare elegance.

I visited another famous palace, Chehel Sutun, also known as the 40 Column Palace, which is an excellent illustration of the two most prominent hallmarks of Persian architectural design — the use of cut mirrors in walls and ceilings, often giving them a dazzling, diamond-esque look, and the use of reflecting pools in gardens and courtyards. The pools reflect heaven, the mirrors reflect one’s self.

The 40 Column palace only has 20 physical columns, but as they are all reflected in the pool, you actually see 40. All the reflections here and everywhere around Iran made for some fun and whimsical photo-taking.

The most unexpected place I visited was the Vank Cathedral in the Armenian Quarter of Isfahan. Yes, there is a small population of Christians allowed to reside in the city. I talked to an American ex-pat in a coffee shop in the bazaar (the only *coffee* shop (as opposed to tea) at that time) who said that he would attend the church services just so he could see women’s hair again. Everywhere else in Iran, women must keep their heads covered in hijabs and he missed the simple things of home, like seeing hair!

The interior is extremely unique, combining Islamic and Christian elements in both the architecture and the paintings. Representations of living beings are not sanctioned in mosques, only geometric patterns. So to see people amid the traditional Islamic designs was startling.

Across from the cathedral, we visited a museum about the Armenian genocide that Turkey carried out in the early 1900s. It was this genocide from which Christians fled into Iran, and they were essentially grandfathered in when the Islamic Revolution turned Iran into a Muslim state, allowed to keep their native religion. I had known nothing about this genocide; I was very glad for the education.

The Khaju Bridge lit up at night ©2019 Shara Johnson

But perhaps my favorite time was what I spent on and under the famous bridges over the river that flows through the city, the Zayanderud. At dark, the bridges and spaces underneath are lit and people hang out all night.

The best part is the singing! Men actually have singing competitions or sing-offs — just informal gatherings of singers trying to outdo one another with their renditions of religious songs. In other areas, people are gathered for old-fashioned sing-alongs. We came across one man singing old show-tunes from pre-1979 Hollywood movies and plays. Many people in the impromptu audience were clapping and singing along under the bridge. It was an atmosphere like nothing I’ve experienced elsewhere and I could have stayed all night long every night. After viewing the stunning, ethereal architecture all day, this was the perfect way to unwind and enjoy the social atmosphere of the lovely people populating this city.

I enjoyed many other sights and experiences in Isfahan, but those are some of the highlights that have prompted me to agree with the Persians: Isfahan holds half the beauty of the world. 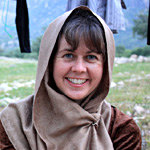 Shara Johnson lives in the Rocky Mountains of Colorado. Although she lives in a little slice of heaven, her passion is international travel. She writes literary nonfiction, and photography consumes an ever increasing amount of her time and budget. She shares her travels on her narrative blog, SKJ Travel, or more about her travels in Iran in it’s archives.

From Tijuana to Cancun with AeroMexico

An Expat in Egypt 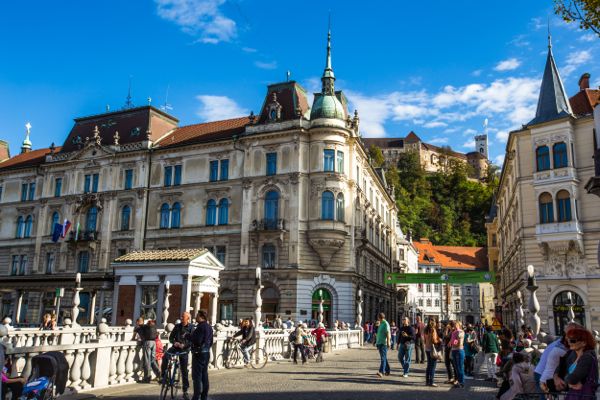