In collaboration with the 'Tourismuszentrale Saarland', the 'Mosellandtouristik' and the 'CommunautÃ© d'AgglomÃ©ration Sarreguemines Confluences', the Luxembourg National Tourism Office has just drawn up a new edition of the cycle map 'VeloRoute SaarLorLux'.

This practical map provides information in French and German on the different routes in the various areas, as well as the various tourist attractions alongside the bicycle paths.

Over approx. 340 km, the VeloRoute links the cities of Luxembourg, Sarrebruck and Trier. It mostly follows the easily cycling valleys of the Sarre, the Moselle and the SÃ»re regions and guides cyclists to cultural attraction points and the natural sights of the three-border area (Luxembourg/France/Germany) with its unique atmosphere. All the VeloRoute bicycle paths are marked with a logo along the whole stretch.

For more on Luxembourg at ITKT 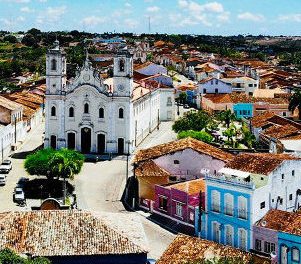 Penedo, an Inspiration for the Artistâ€™s Soul in Brazil