I'm a Farang. If you've got European ancestry, you are too.

Although the word exists in many linguistic forms throughout the Siam and Khmer Empires and beyond, this Thai version is the most well known. Its widespread use lends credence to the theory it entered the region long ago as a corruption of the Persian word for “foreigner", though occasionally it's used as a slur directed at Euro-males escorting young Asian women. You'll find, however, that when taxi drivers or market vendors address you this way it nearly always means "Westerner,” so no need to take offense. 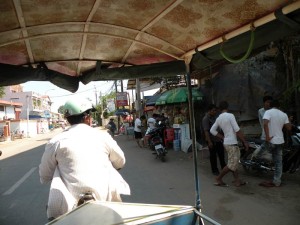 In the 17th century the French claimed land occupied by these empires and named it Indochina, reflecting their belief their empire would one day span mainland Southeast Asia from India to China. Prevented from realizing these ambitions due to a powerful Siam (Thailand), the French instead colonized the weaker Khmer Empire (Cambodia/Laos/Vietnam/Burma). This foreign subjugation was successfully repelled during the 20th century and now the struggle is all about fighting internal subjugation — at the moment Bangkok is getting over a recent political conflict.

Over the millennia, many great empires have fallen here, but in my opinion no ruins match the artistry and spirituality of the Khmer. Henri Mouhot, a French explorer visiting Angkor Wat in 1860, published an eloquent description in which he wrote "One of these temples"”a rival to that of Solomon, and erected by some ancient Michael Angelo"”might take an honourable place beside our most beautiful buildings." Using a blend of Hindu/Buddhist architectural styles combined with spiritual geometry (another Persian import?), they constructed many beautiful and contemplative spaces incorporating their unique art motifs with numbers and patterns holding divine significance. 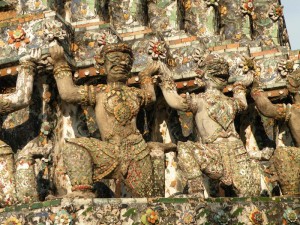 Similar to the various smiles seen adorning statues of Buddha, you'll discover there are also 12 types of smiles offered by the people. These expressions come with the warmth, respect, and politeness that is the Buddhist way. Although this belief is shared by over 90% of the population, Capitalism has over the last few decades established itself as the new "religion." Even though locals decry this intervention in their economies by "colonial" powers they reluctantly accept them. In your conversations watch for the Yim-yae-ya smile – I know things look pretty bad but there's no point in “crying over spilled milk" — a smile reserved for just this subject.

One multinational influence that's gained widespread acceptance in Thailand is the tolerance of mixed-race Luuk Kreung children (literally translated as "half child"). These are the offspring resulting from Asian and Caucasian relationships and they have, over the past several years, become deeply entrenched in society as TV celebrities, pop stars, nobility, and political luminaries. No longer carrying a social stigma, they bring "big face" to traditional-minded grandparents and instantiate the hybrid look the Farang slur puts down.

The Buddha once said, "Three things cannot be long hidden: the sun, the moon, and the truth." The truth is, travelers at times overlook Thailand and Cambodia but they're lands graced with deep cultural richness, overwhelming beauty, and gentle descendants of ancient civilizations. 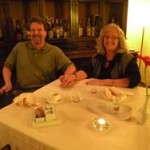 Steve Smith inherited the wanderlust and has always needed to see what’s around the next corner. Together with his wife and co-pilot Christine Johnson, their college days were spent enjoying many memorable (and cheap) forays into Mexico sleeping under the stars. Today these excursions are typically press trips and hotels, but gathering unique experiences by getting to know places and people rather than observing as tourists is still their approach to travel. After numerous journeys to North/Latin/South America, Europe, Asia, and the Middle East, they believe this is the true way to experience different cultures.

“Observations of a Farang on the Siam and Khmer Empires” by Steve Smith is licensed under a Creative Commons Attribution-Noncommercial 3.0 United States License 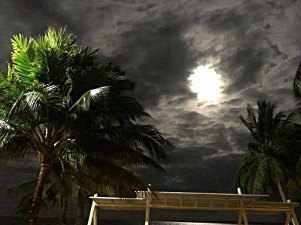 Stargazing in the Philippines 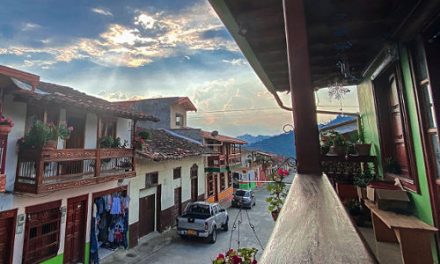