Paris: Beyond the Tourist Trail

Eiffel Tower, Notre Dame, Champs-Elysee, and the Arc de Triomphe. These are just a few of the major sights that tourists flock to on a trip to Paris. This is understandable of course, everyone wants to see these major sights that Paris has to offer. I myself spent my first two trips to Paris visiting these major tourist attractions, so who am I to judge. However, I now find that my favourite places to visit or to see are those that are away from the main tourist attractions, whether they are located in different areas altogether or are in plain sight but still often ignored by many. Many of these sights are extremely close to the main sights of interest, and I would strongly recommend taking a small detour to see some of these other sites, especially since many only take a few minutes to visit. 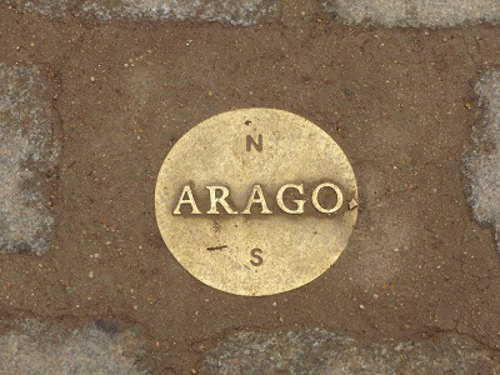 Strolling through the Jardin de Luxembourg on a very cold January morning, enjoying the peace and quiet and finding myself forgetting that I was in fact in the centre of Paris, whilst looking in awe at the huge array of different Statues, taken aback when what appeared to just be a dull grey statue turned into a brightly coloured and patterned work of art when looking at it from the other side, I suddenly looked down and saw these small, bronze medallions in the ground with the word ‘Arago’ across the middle. Walking a little further through the park I came across a Second, and then a Third Medallion. Still unsure what they actually were, but convinced that there must be a story behind them, I returned home and did a quick google search to find out what they were. These were in fact Arago Medallions, which run on a line through the centre of Paris and represent the Paris Meridian Line, which at some point in time rivalled the Greenwich Meridian to be the Prime Meridian. These Arago Medallions are a prime example of the more unusual and unique things to see in Paris, and since they can be found in the Jardin du Luxembourg, as well as in a number of other locations throughout the city, they are so easy to see even with limited time in Paris. 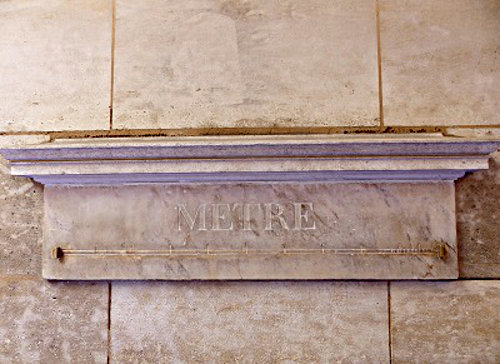 On leaving the Jardin, I walked out past the Palais du Luxembourg, and glancing at the information posters about the French Senate on the opposite side of the road to the Palais itself, I stumbled across the only remaining Original Standard Metre. I am not entirely sure why I found this so fascinating, but something about the fact that it was the only one that remained in its original location, and that it had been there since 1791, made it seem very special and as before, I could not believe that I had wandered down the same street several times before without even realising that this was here. 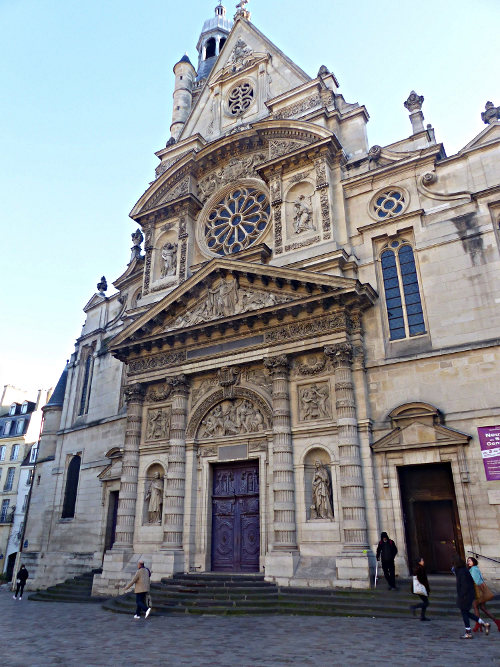 Heading East away from the Jardin du Luxembourg, I continued to walk past the Pantheon where many other tourists had stopped to take photos of this Magnificently constructed church, and came across the much smaller church of Saint-Etienne-du-Mont, which was also beautifully constructed. Walking around the church I felt as if I was in the film ‘Midnight in Paris’, because the steps located to the side of this church are in fact the steps where Owen Wilson (Gil) sits during this movie.

These are just a few of the more unusual or unique places that I have stumbled across whilst wondering around Paris, I have visited a number of others and no doubt will visit many more in the future. I find something very exciting in exploring these less visited attractions, and although I know many people have visited these before it always makes me feel special.

Although originally from England, Emily Chandler spent
the last 4 years living in France. She loves traveling,
exploring the more unusual and hidden sights that many
places have to offer, and learning about different cultures.