Still Plenty of Good in Mexico

After months of cold and rain (even in L.A.), the time has come to forget about winter and take off to a warm beach destination. For many, this usually means journeying south of the border where temperatures soar, and prices are reasonable. Of course, this year Mexican resorts will be seeing a decline in U.S. tourists due to the media and governments push to discourage travelers from heading south, in fear of drug wars, kidnappings, and heavily armed cartels. But as much as the media would have us believe that all of Mexico is caught in a "Man on Fire"-like drug Armageddon, the truth is most of the tension exists in the boarder states. 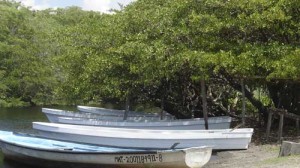 And though many U.S. travelers might be scared of dangerous Mexican drug lords (it definitely crossed my mind), in the beach destination of Huatulco in the state of Oaxaca communities are working hard to improve their cities and towns, for tourism, ecology, and future generations.

The state of Oaxaca was recently found to be the poorest state in the Mexican nation. To battle that there has been a recent push towards tourism. In Huatulco, a beautiful serene beach destination that boasts nine bays and a national park, resorts are relatively new"”construction in the area beginning around 1989. However, this area is not just a beach resort. The creation of a tourist sight has also meant the creation of city infrastructure, and as hotels have come to this once tiny fishing village, so have schools, fire and police departments, and recently, a university.

A few weeks ago I was able to visit Huatulco for myself, and see the affects tourism has had on the area. For example, my driver and guide, Moises, informed me that he was born in Huatulco. Noticing that he had to be at least 30 years-old, I asked him what the area used to look like. "There was nothing," he said. Then he shyly told me that he received his high school diploma only last year. 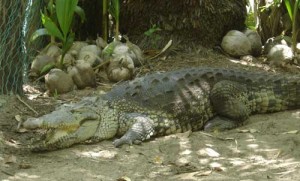 I found a sense of pride with those living in Huatulco. As I heard from tour guides and hotel representatives, Huatulco is not Cancun. It is not littered with resorts. They care about their community and their surroundings, as proven by the certification by Green Globe, which makes Huatulco one of two destinations in the America's to be stamped as a green resort. This certificate is mostly due to community volunteers managing potable and waste water to create a sustainable environment.

The most impressive example of this community involvement was at La Ventenilla Beach and Lagoon. This natural reserve, about an hour and a half out of Huatulco, boasts a magnificent white sand beach, sea turtles reserve, and lagoon conservation, which includes two kinds of mangroves, crocodiles, tropical birds, iguanas and much more. This private operation, begun in 1997, is operated by the inhabitants of the joining town of Mazunte. As I was told by our guide, everyone in the community is responsible for one part. Some are responsible for the cultivation of mangroves (something they began after Hurricane Paulina destroyed all the plant life). While others are responsible for the sea turtles, and some are in charge of tagging crocodiles that live in the lagoon. This all began when in the early 1990s the town leaders realized that fishing and farming were not sustainable forms of income, and they moved in a new direction. Servicio Ecotouristico de Ventenilla, not only protects the land, but also brings in tourist dollars. 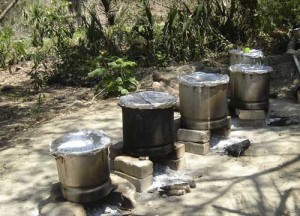 The day I visited La Ventenilla, a party was on the way to celebrate the building of the School of information and Community, which was a small building that held about ten computers and the town's first internet connection. I was only able to witness the party organizing which consisted of Coca Cola, folding chairs being set up under the shade of palm frons, a sound system and instrument sound check, and giant pots of beans and stewed meat cooking on wood fires in the court yard.

Red Humedales de la Costa, president of the organization and the man responsible for its creation, took a break from doling out orders for the party, to talk to me. He informed me that the internet and tech school was made possible by his work in conjunction with CDI, an ngo bringing technology to towns throughout Mexico. Red, represents individuals that are rarely spoken of. With so much focus on drug cartels and kidnappers, there is hardly room to celebrate Red Humedales de la Costa, and people like him, who work tirelessly to bring stability and education to their communities. Of course sea turtles, mangroves, and technology education doesn't make for exciting news, but good things happening in Mexico, and travelers should be encouraged to go south and see for themselves. You won't be sorry. 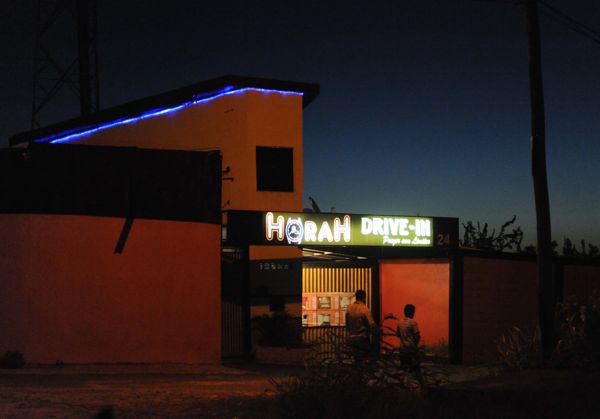 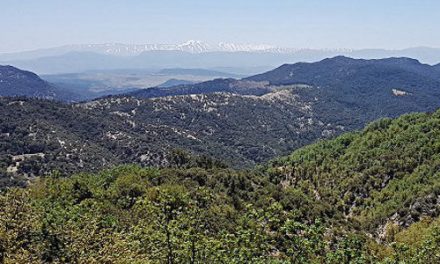 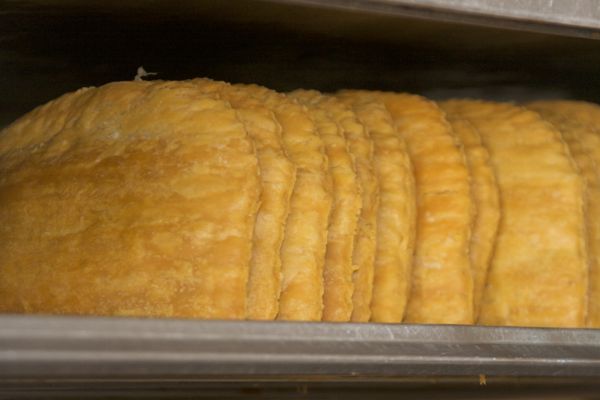