The Missing Brick of Pontedeume, Spain

Like many countries with Celtic origins, Galicia in the north of Spain is full of legends, superstitions and stories. On my way, exploring the entire region, I arrived in Pontedeume, which is located half way between La Coruna and Ferrol following the coast line. The decidedly quaint town, with its cobblestoned streets, steep hills, stone houses and friendly atmosphere is the starting point of the nature reserve of Deume, a hikers and bird watchers paradise, dominated and formed by the river Deume, one of GaliciaÂ´s many Â´riasÂ´. What catches the eye on arrival is the massive, arched stone bridge which spans the river and naturally, this being Galica, there is a legend to it how this bridge came into being.

Once upon a time, when there was no bridge and the river could only be crossed by boat, a girl was standing on one shore, waiting for her sweetheart to arrive. The poor guy didnÂ´t have a boat, so he tried to swim across, but the tide pulled him out and he drowned. The girl was devastated and invoked witchcraft and the devil. When the devil appeared, she promised him her soul, if he would build a bridge over night, so she could reach her lover and at least recover his body. The devil, delighted to be able to score another soul, went to work and built the bridge. However, he was not fast enough and dawn struck when he was one brick short of completing the bridge. The girl could walk over it just fine but saved her soul by the stroke of the clock.

When walking over the bridge to reach the lovely, sandy beach on the other side, and looking carefully, you can see a gap near the end and now you know why it is there. 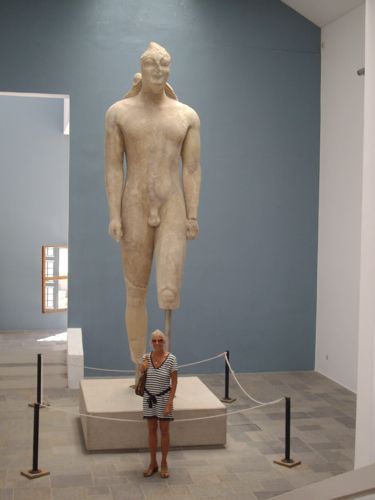 Sidetracked on the Greek Island of Samos 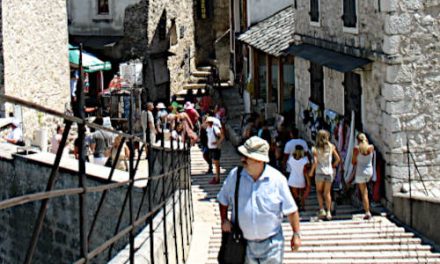