It finally feels like I am in real Africa. Not a white person in sight and many prospects for the elusive desert elephants that should be lurking around this region. A few kilometers north of Twyfelfontein (Doubtful Spring) we found a Damara village and asked where we could find the elephants everybody was so afraid of.

“Stella can take you” said a girl from the village, “She’ll be back from work soon.” Waiting, I entertained the local children by showing them their own photos on the screen of my camera. When Stella arrived it turned out she was a cleaning woman from a nearby lodge. We took her in our car and drove around in the dry river bed looking for the elephants, but had no luck. The ride was rough and in the back seat Stella and Alex were in the air half the time, landing hard after every bump. It seemed that to our guide’s taste we were driving too fast and too rough, and when after an especially sharp turn Columbus, our truck, coughed and briefly died, she got out of the car and said she’ll walk back. The only thing that could stop her was a desert elephant in her way, and as she took a few steps around the curve there it was, a whole herd of them. Our happiness, though not Stella’s, must have influenced Columbus (or was it Alex digging in its engine), because it came back to life and with me sitting on the open window, aiming with the camera that bears some resemblance to an elephant rifle, drove into the herd. Alex was holding my legs so I wouldn’t fall out of the window, and Vlad was driving in zigzags to avoid bumps on the road. Stella was speechless except for a few moans here and there. It must have been a worthy circus balancing act so when a three-tier jeep with tourists on a game drive from a nearby lodge went by, searching for the same elephants, they were all looking at us instead of the herd. “The elephants are that way…” I pointed.

I returned Stella to her village and drove off. It was getting late and we still needed to find something to eat and somewhere to sleep. Happy to find what I’ve been looking for, I considered the day a success, and was relaxing on the back seat when I saw something that looked like an elephant-shaped cardboard cutout advertising yet another lodge. “Elephant? ELEPHANT!” Screeching brakes. Reverse. Me on the window again and Alex out the other window with our spotlight, I barely had a chance to aim when another car drove by slowly. “Watch out,” I warned, “There is a big bull elephant there, on your left.” “Elephant?! Cool!!!” exclaimed the driver, took a sharp left turn and nearly drove right into it. Columbus vibrated with the booming trumpet-like sound that must have been heard for miles. In less then a second the brave cowboy was gone. Through the dust from his tires I was driving for about a mile.

Vancouver Goes Green for the Olympics 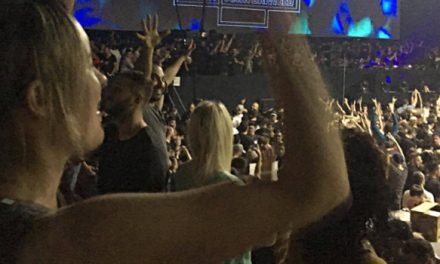