The Wizard of New Zealand, part 1

I would see the same enthusiastic reaction every time I mentioned my pending meeting with the Wizard. Every Kiwi I encountered had a tale to recount about his legendary skills. And I always heard a glimmer of civic pride and a bit of hope that magic exists.

After our meeting, I have come to appreciate that The Wizard of New Zealand is special by virtue of his originality and uniqueness, his passion and desire to be heard. And heard he is. The Wizard of New Zealand has been preaching his special brand of gospel for 30 years in front of the Christchurch Cathedral. His aim is to spread his philosophy to the scores of locals and visitors who come to see him.

He has made it rain in droughted Waimate (a small town in South Canterbury), turned accepted cosmology on its ear, been branded as a living work of art and proclaimed to be the Wizard of New Zealand by former New Zealand Prime Minister, Mike Moore. The Wizard of New Zealand is more than some eccentric local wacko. He is a New Zealand institution and living landmark "“ and one entertaining guy. I must confess I wish the United States had a wizard. We could use one.

The Wizard of New Zealand, part 1
The Origin

I waited, pacing the craft kiosk lined square of Cathedral Square expecting something grand. I hoped it would be like Willie Wonka's grand entrance at a chocolate factory. I hoped for a secret door in a wall to open up or something miraculous. It didn't.

When the Wizard of New Zealand finally arrived, there was no fanfare or secret door, just the tiniest car I had ever seen. The car resembled a Volkswagon Bug without the girth, just like the car that 50 clowns would climb out at the circus. Maybe it was a grand entrance.

What happened to make you a Wizard?
It was a combination of so many things, the environment at the University in the late sixties. There was turmoil. There are so many ideas coming from a long long time in the past, philosophical ideas. How knowledge is constructed and maintained by the elite. I was at the religion and sociology school, the only one in Australia and I was the only one on the staff with the degree in sociology. So I was the only one in that department, the only one who had a real grounding to understand what was going on around me. I saw akin to the ferments in Europe and the 15th century when many embraced the strange religions, there were cults everywhere, there were rebellions and I thought this time very similar to what was happening in the United States during the same time. And I saw to things, the radical socialists from the left wing ideology, saw Mao Tse Tung and Stalin and how they said all these wonderful things about the working man. This was a lot of withdrawing of society for hippies, to take drugs, going into meditating groups etc.

There were two types of people, the rebellious socialists and the withdrawing religious hippies. I couldn't see either as a solution. I could see the results of what was happening in China and Russia; the left wing solutions to our problems. The Eastern philosophies were no longer socially relevant. So, I decided to start a cult. It was eventually called the "Fun" Revolution. We used creative imaginative ideas to promote thought. You also cleverly exemplify your own philosophies like hippies did but I not hate anyone or try to change their life, so I decided to change my life a bit. I did not change towards withdrawal into commune or setting myself up as an example of another way of seeing things. This is where the "fun" revolution took off. Students loved it more than other things they were offered. We got change [to occur] because the administration realized these people are not just dropping out, and taking drugs, and that this was not just some weird phenomenon.

What school were you teaching had at the time?
I taught sociology in New South Wales University in Sydney, Australia. Sydney is a very lively town for this sort of thing. The school had a reputation for being a wild place. So it was a good spot to start. It was the beginning of the process of the "fun" revolution. Then I found a terrific hated [towards the revolution], the puritans were the key. I thought it wasn't a particular philosophy but a deep Puritanism to be morally superior and suffer. This caused enormous troubles at the University. They were morally smug and I just wasn't morally superior.

I was popular with the administration, which meant it was no good at all to the rebels, because if the administration liked it, it must be wrong. I couldn't really carry on because the whole of the Universities came under the control of the left wingers, the student newspapers, and they actually stopped speakers coming on to campus who were not left wing. And I was shouted at and things thrown at me, which was really tough surviving this and my professor in the sociology department was a Marxist (like so many of them are) tried to sabotage my career, luckily the vice chancellor could see what was going on and could rescue me.

What role would be the right one, at this present time to suit post modern ideas, the lack of absolute values, the use of industry, processing, entertainment and tourism. So I needed a self-created role that wasn't used by anybody else. And that's when I became the official Wizard. They didn't like the idea very much, but he could see [the chancellor] it wasn't anything bad and he was retiring in another year. Besides, I had saved the day and there wasn't any riots on campus. That's how it began.

The next thing to do was to cut off from the real world, so-called, and to start my own reality system. So I cut off my connection to the government threw welfare schemes, to pay taxes or to have any contracts — No drivers license to be free. This freedom is much used by radicals, but they aren't free at all. They've got all sorts of government grants in their pockets and all sorts of dependencies. Hippies are much more free. But I'd been a backpacker for ten years before the University and that's the reason I could [cut off my connections to the world]. But most people couldn't do this "“ too frightened. Backpackers know what it's like to take life easy, not care so much about things. You know you are going to get by and if anything goes too wrong you can always jump back into the system again. So, I went independent and was classified a year later by the National Gallery Victoria as a living work of art by it's director (the board couldn't do that) in Melbourne. I moved to Melbourne because I realized I had made some mistakes. I had realized I had been outsmarted and out maneuvered by the left, who had destroyed everything I had been doing. I was linked as a CIA stooge, a capitalist bastard. I had no money at all and they were making loads

So I spent some time licking my wounds at Melbourne University. I had to reconstruct a better account of reality. I had to go back into history a long way. Back to the hunter-gatherers and move towards the present time. Then, I had to synthesize the new theories coming up in physics. One in particular, the new ideas that matters evolves. It was a completely linear system then I broke out of that one.

Then I moved towards ideas of philosophy. Nietzsche was saying it was all rubbish but the boss will tell you it's right, which was what Marx was saying. Marx is like a reality system about economics being true and real, but I am not so convinced of that. Of course, the theories of the post-Fruedians, depth psychologists. It all began pouring out after that especially in Big Sur.

I have a really big debt to what was going on in America at the Esilin Institute that was a really big influence. There were a lot of really good ideas coming out of there. This was in 1968-69. In my own practical life this was a chance to do this, it was a complete upheaval. To do some amazing things and get away with it. I could have never gotten away with it after that period. Again 1968-69. It had to be 1968-69 to do those things. I got through the door while it was open before the door slammed shut. I was on my own because no one else was doing what I was doing. Hippies gave up and fell into drugs. The left wingers got jobs with the government and they were happy. So there I was with cosmology and I thought I had better get on with it. So I tried to put it all together in a very elaborate system.

I learned from the American school of Structural Functionalism from Albert Parson's. It is how societies require dynamic equilibrium. That they don't change through conflict but through the equilibrium theory and the need for structural necessities which mean you can not have relativism without destroying the social structure. And without the social structure you can't even be. This is why post-modernists are so closely guarded. There must be a structure.

The Wizard of New Zealand can be seen most days from October to March in front of Cathedral Square at 1PM or on his web site at www.wizard.gen.nz

Interviewed and edited by Devin Galaudet 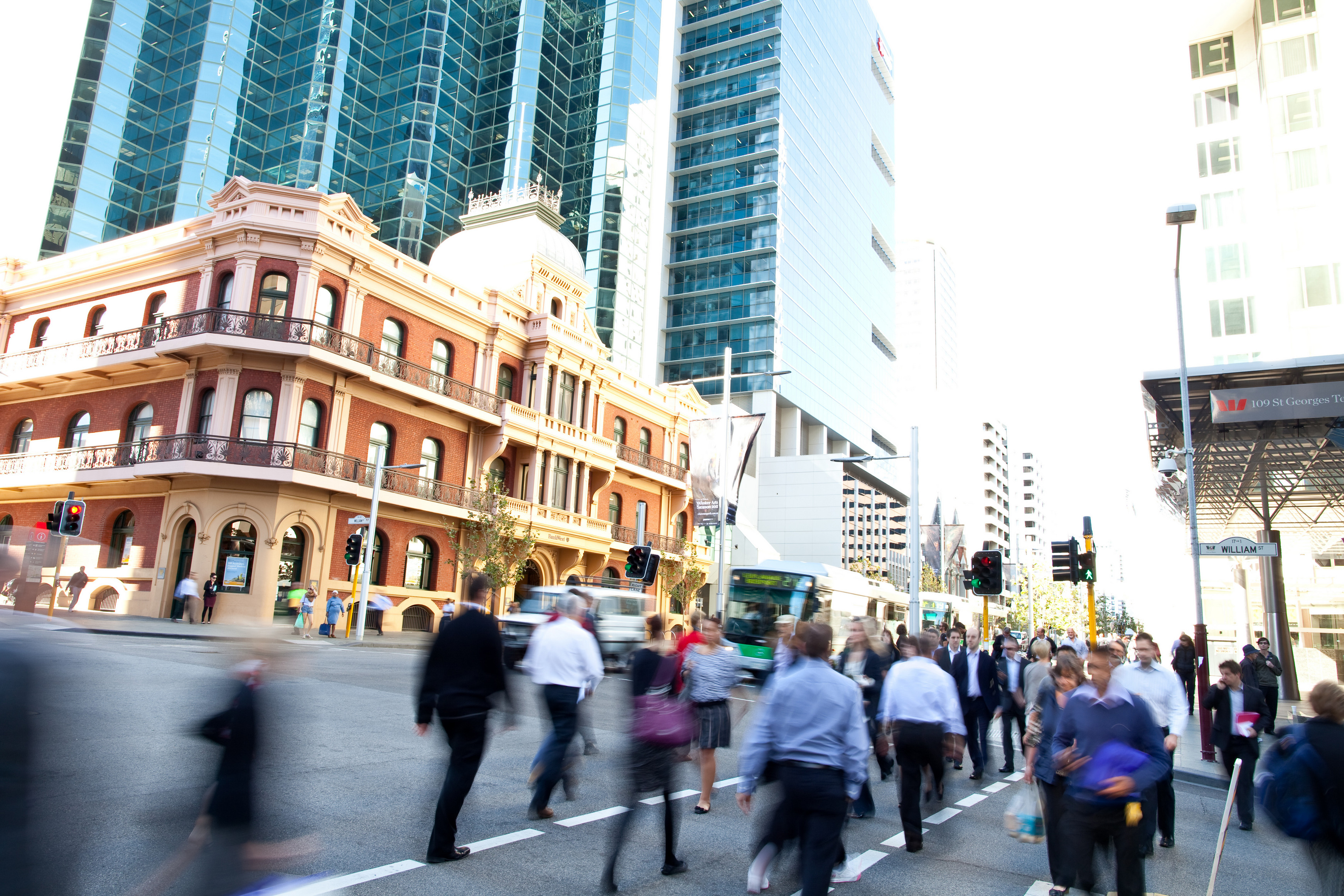