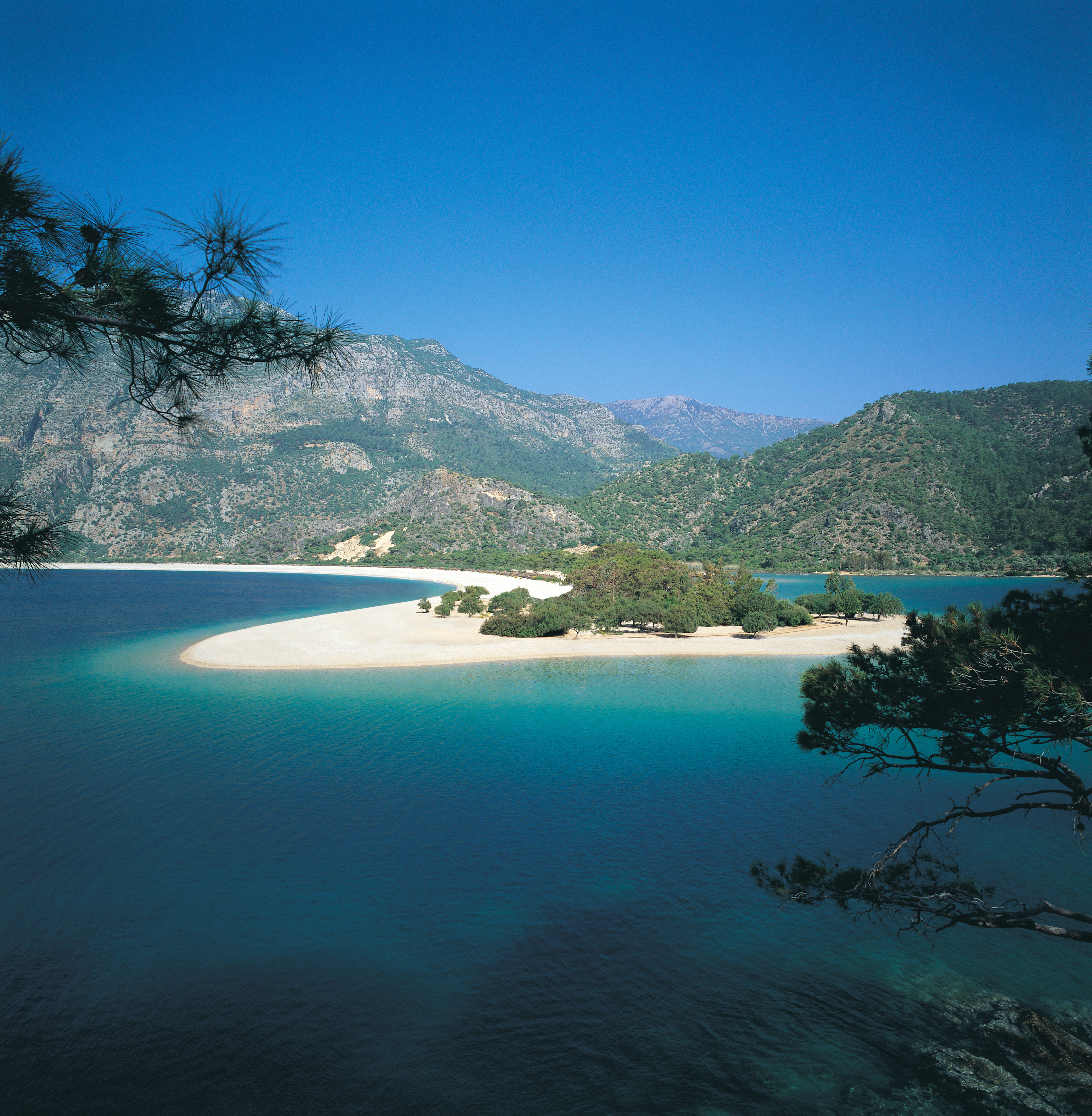 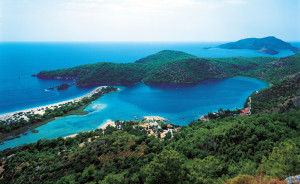 NEW YORK, NY (May 28, 2013) "“ Sun-seekers following the footsteps of timeless beauty, Cleopatra, can visit Turkey's top beaches to bathe in the same turquoise waters, coves and coastal enclaves where the last pharaoh of ancient Egypt fell in love with Mark Antony more than two centuries ago.

But visitors can get more than the same tanned complexion as Cleopatra when visiting Turkey, which has beaches where forests meet the sea, beaches where sands of time meet the sands of the shore, and beaches where city streets meet pebbly bays "“ including 352 beaches that meet the stringent Blue Flag criteria of environmental education and management, water quality, safety and services. 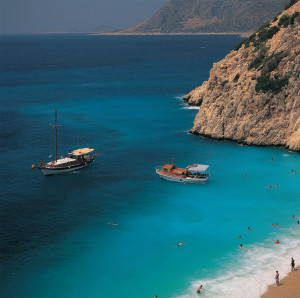 Having met Mark Antony in Tarsus, Cleopatra's romance and honeymoon was played out along the Turkish coast, from Cleopatra's Beach in Alanya, named after the princess' visit and included in her dowry from Mark Antony, to Sedir Island, where Mark Antony is said to have deposited shiploads of Egyptian sand as a gift to his new Queen.

top 10 areas to visit for beaches, bays, and coves in Turkey this summer

1. Ã–lÃ¼deniz: Considered one of the top five beaches in the world, Ã–lÃ¼deniz is cocooned by a steep ridge of mountains where paragliders leap from the peaks down into Kelebek Vadisi (Butterfly Valley), known for its annual hatching of the rare tiger butterfly.

2. Marmaris: One of Turkey's most popular summer destinations, Marmaris' towering mountains frame beautiful bays and offshore islands. The jewel in the Marmaris' coastal crown is Akyaka beach, which sits at the head of the bay of Gokova and is backed by pine-clad hills and eucalyptus groves.

3. Patara Beach: The longest beach in the Mediterranean with a sandy shoreline extending more than 11 miles with mountains at each end and sand dunes along its length. Patara is one of the principal cities of Lycia, whose visitors included Apollo, Alexander, Vespasian, Hadrian, St. Paul and St. Nicholas, better known as Santa Claus.

4. Olympos Beach: Famed for its tree house accommodations, Olympos Beach has been on the backpacker trail for years and is fast attracting more visitors to the 3-mile sweep of beach lined by fir trees and surrounded by an amphitheater of mountains, including the 8,000-foot peak of Mt. Olympos.

5. Kaputas: On the road between Kalkan and Kas, the beach at Kaputas spreads out at the base of a gorge where fresh water mixes with the turquoise sea at a place that can only be accessed by descending 200 steps down the cliff face. From there, beachgoers can swim to the sea caves of GÃ¼vercin MaÄŸarasÄ± and Mavi MaÄŸara, and waterside rocks that act as natural diving boards into the tranquil sea. 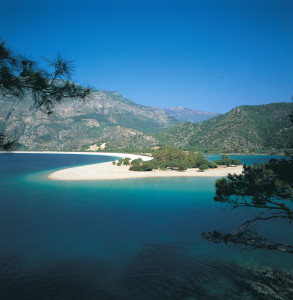 6. Hisaronu Bay: On a forested hillside along a turquoise coast, Hisaronu Bay has two small beaches that look out towards the Datca Peninsula. With a permanent breeze along the coast, the beaches are popular for water sports by day and restaurants, bars and shops by night.

7. Bodrum/ Ortakent: On the southwest tip of the Aegean coast is Bodrum, known as the St. Tropez of Turkey for its seaside resorts and inexhaustible nightlife. Lying mid-way along the Bodrum peninsula, Ortakent YahsÄ± is the place for a relaxed family holiday with plenty of dining, entertainment and watersports from wake-boarding to kayaking and sailing. The crystal-clear waters quietly lapping onto the region's countless bays, coves and beaches like the town beach at the base of St. Peter's Castle belie the region's history as the land of Herodotus, of the Knights Templar, and of the Mausoleum of Halicarnassus, one of the Seven Wonders of the Ancient World.

8. Cesme AlaÃ§ati: Near the tip of the Ã‡esme Peninsula, Cesme AlaÃ§ati is one of Turkey’s up-and-coming vacation havens. Visitors come for the charming old stone houses on narrow streets lined with sidewalk cafes, restaurants andboutiques. The small beach at AlaÃ§ati opens to a wind-swept bay ideal for windsurfers. Nearby on the Ã‡esme Peninsula is Ilica, where thermal spring waters bubble up under the sand, allowing visitors to steep in hot springs while immersed in the sea.

9. Iztuzu Beach: Millennia of sand deposited at the mouth of the Dalyan River has formed the sandbar of Iztuzu Beach. Accessible only by a fleet of pontoon taxis plying the reed-lined river from the village center to the delta, the beach forms a natural barrier between the fresh water delta of the Dalyan River and the Mediterranean Sea "“ where thermal springs and mud baths are said to heal diseases and beautify the skin.

10. Kilyos: Offering respite from the crowds of Istanbul, the sandy stretch at Kilyos on the Black Sea is best-known for its beautiful beaches and coves, modern hotels and restaurants as well as summer entertainment and water sports such as beach concerts, kite surfing, and windsurfing.

A Safer El Salvador Brings in US Travelers