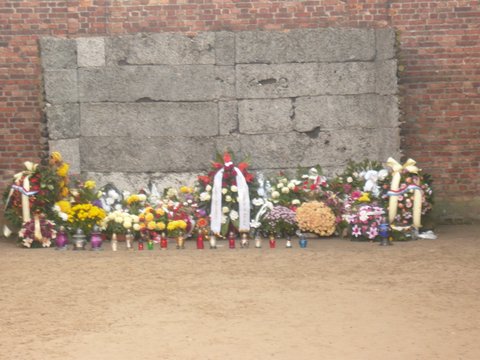 A memorial site at Auschwitz-Birkenau where prisoners lined up and were shot.

A Visit to Auschwitz Poland

When I had first seen the sign, it had been a black and white photograph against a background of snow. On a recent November day, the sun sparkled on the words that had struck so much terror…Arbeit Macht Frei. Ahead of me were brick buildings that could have come from a college campus. They were former Polish army barracks, and I was at Auschwitz. The few birch trees adjacent to the sign were still shedding their leaves. Two adjectives came to mind: peaceful and simplistic. These were hardly words for a former concentration camp. From 1941-1945 one million people had been killed here.

I was part of a continuous line of visitors from around the world who needed no “Silence” sign. The only noise came from the shuffling of feet. I was on a tour of Poland and had been visiting Krakow. After making the one hour bus drive from Krakow, we arrived at Auschwitz I. (Auschwitz II or Birkenau, is a mile away). Admission is free.

We were divided into groups. Anya, our English- speaking guide, told us she felt a strong sense of responsibility in sharing the story of the camp. Someone asked if this didn't become stressful after a time. 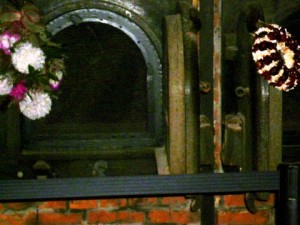 "It helps to know," Anya replied, "that I am informing people about what happened here. It becomes second nature after a while. I don't think of the deaths."

I felt the rocks on the dirt path as we began our trek. I was wearing shoes while Auschwitz residents had walked in bare feet, even in winter. The kitchen building with its smokestacks was on the right. In its foreground a band had played. Anya told us this had been a way to increase camp morale. An enlarged black and white photo of the musicians was displayed next to the building. The entire perimeter of the camp was surrounded by a barbed wire fence and twenty-eight watch towers with armed guards. This made prisoner escapes virtually impossible. Even so, there were one hundred escapes over the four years.

During the early days, the Nazis would take pictures of each inmate. These seemingly endless 8 x 10 glass-covered photographs surrounded a long narrow hall. The inmates looked healthy, for they had just arrived. The name was printed below each photo and included the date of arrival and the date of death…sometimes just days apart. When photography became too expensive, the Nazis started tattooing numbers on the inmates' arms. 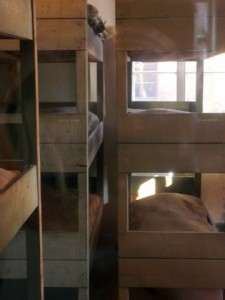 In the next barrack was a gallery of a different sort. Sculptures and paintings of camp life were on display. The artwork had been done in secret, as it was strictly forbidden. Cameras had been smuggled in and photos out.

Those who managed to survive the "Selection Process" upon arrival were housed in unheated barracks. There was no running water and they could use the toilet only twice a day. Ventilation came from holes in the roof. The stench would become so bad, the guards would not go in. Three hundred prisoners were crammed into each barrack.

The prisoners slept six to a bunk on straw mattresses. They had to lie on their sides so they would all fit. My first thought was, that's not even enough room for one person.

Those who were not selected for the barracks were told they were to take showers. Only Zyklon-B gas was used instead. (The shower heads are still embedded in the cement wall). From there, their bodies were taken to the crematorium.

Written By Wynne Crombie
Wynne Crombie has a master’s degree in adult education and teaches ESL at a Chicago comunity college. In the late sixties, she taught 5th grade with the DOD schools at Aviano AFB, Italy and in Berlin, where she met her husband of 45 years. They have traveled ever since. 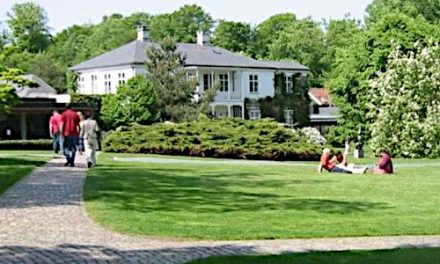