A Ride to Toronto Island 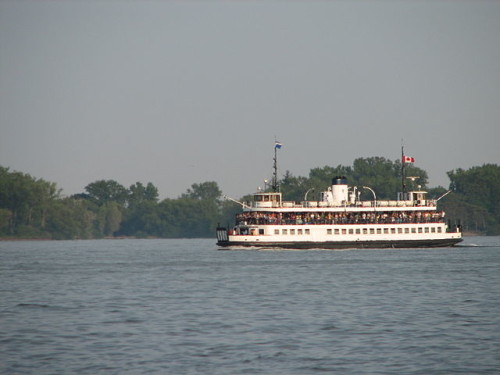 My family and I took a trip to Toronto Island for a week-long vacation. I went to visit family, but I definitely found Canada, and Toronto in particular, to be quite the tourist experience. I immediately noticed how gregarious the natives were. Customs was a breeze, and although my three rambunctious children were causing a bit of a stir, singing and dancing, after our 5 hour trip from California, the customs officials didn't mind a bit, even though it was late in the evening.

The next morning we headed to Toronto Island, a destination the natives take a lot of pride in. About a ten minute ferry ride from Downtown Toronto, it truly was a great escape from the mundane. They allow visitors to rent boats and bikes to peddle along the shore of the Lake while taking in the City Skyline. There's a small amusement park for the kids. Mine spent the day running around the lush parks and playing in the shallow clean water. There are plenty of options for food; we opted for a large pizza to eat near the lake and some corn on the cob. At seven, we took the ferry back to Downtown Toronto with the brilliant sun setting beyond the smooth still lake and casting its dazzling rays on the city skyline.

I spent the next day visiting more tourist attractions in Toronto. Casa Loma seemed just right. A bit of history; Casa Loma is the former estate of Sir Henry Mill Pellatt, a prominent Toronto Financier, industrialist, and military man. Sadly, he could only stay in his beloved castle for a decade. There, in his lavish estate, he hosted and entertained dignitaries and celebrities. He had serious financial problems after that. The castle's intricate architectural design is stunning. As much as I loved it, my kids found it too museum-like.

Canada's National Tower was a much better option for the kids. After a short wait in a manageably-sized line, we took a quick trip to the top in a high-speed elevator. A minute ride up, but I still found myself a little queasy. At the top, we enjoyed a 360 degree view of the city. Also, we stood on a glass floor just to get a sense of how high up we were. When we got hungry, we sat down at the restaurant and filled our stomachs while enjoying the spectacular view. If we'd been in a hurry, we would have made use of any of the on-the-go food options.

Before we left, we wanted to make sure our kids got to do something they'd enjoy, so we headed over to The African Lion Safari Park in Ontario. Between the shows, the animal rides (our kids loved riding the elephant), and the famous drive-through safari, our kids had a blast. Unlike the car in front of us, we didn't have a monkey jump on our car on our way through the safari. At least we got a great show, and none of the footprints.

Highlights of the Trip

The highlight of our trip was Niagara Falls in Ontario. It was about a two hour drive, with traffic, from Toronto. We took a boat ride and got to see the two falls close up; The American falls that come out of Buffalo, New York, and the Canadian Falls. The Canadians boast that their falls are more beautiful, but I think it's open for interpretation. Niagara Falls also has an amazing downtown area filled with great shops, restaurants, and attractions, a huge Ferris wheel, and a very interesting upside down house which my kids loved and still speak of till this day.

Although I did a few touristy stops while in Canada, I admit I was much more affected by the natives than the sites. Their warmth and kindness, their eager helpfulness, and their relaxed approach to life made a deep impression on me. I particularly found the natives great nationalism moving. The love of country followed closely by the love of others seems to be a running theme amongst them. I can't wait to go back and see the rest of their beautiful country.

Ghada was born in Cairo, Egypt and lived there to the age of four before coming to the United States at such a young age. She feels immensely blessed that she has been immersed in the traditions of a different culture, and able to tap into another world in her creative endeavors. She finds that her children inspire her by the simplicity that they perceive the world. From that, she is able to let go of her complex views and see the world simply as it is. For more about Ghada and her writing, visit www.ghadabedair.com 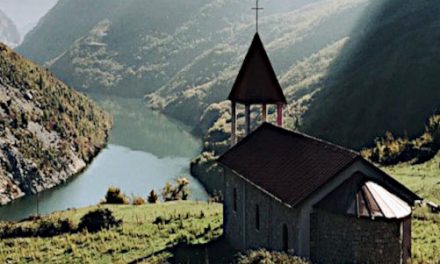