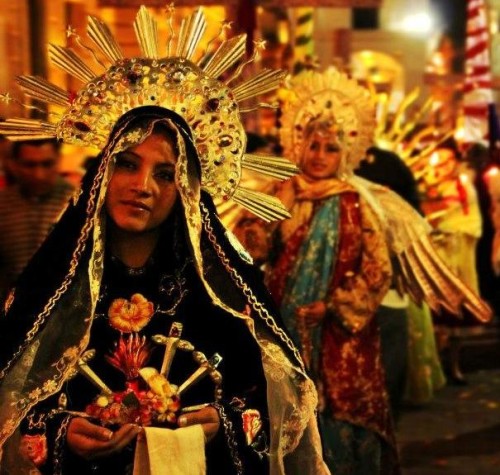 2013: QUITO POSITIONS ITSELF AS A LEADING TOURISM DESTINATION

The city of Quito is strengthening its position as a premier tourism destination and 2013 has provided a clear stage of the destination to continue its path. The NEW International Airport Mariscal Sucre was officially opened on February 20th 2013. It has the longest runway of any capital city in South America (4,098 m / 13,444 ft long). Furthermore, the business area "Quito Airport Center" was inaugurated in November and will provide a new and varied range of shopping and alternative services to travelers using the Mariscal Sucre Airport. In the future, this will become a large airport city that will serve as an example throughout the region.

Quito is constantly receiving international recognitions. One of them being the tourism world's equivalent to Hollywood's Oscar, is the World Travel Award where Quito was named Leading Destination in South America with votes from over 171 countries. This represents a record number of votes, never seen before by another destination.

Furthermore, the 37th edition of the tourist event Travelmart Latin America took place in Quito in the new Events Center Bicentenario. This was a record breaking event featuring 7,756 individual business meetings, delegates from 43 countries and wonderful shows. Many buyers, sellers and sponsors have told the organizers that this edition was the best ever, and that business meetings were extremely productive.

New interesting projects that have large economic impact are occurring in Quito. Throughout the city one can witness development and growth. As part of theRevitalization Program of the Historic Center, Quito Tourism is managing a tourism investment project in five heritage houses in the downtown of the city. The vision is to generate excellent tourism businesses in colonial houses with unique historical, cultural and architectural wealth. Furthermore, in order to meet the growing demand for business tourism and events, Quito Tourism has launched the investment project on the construction and management of the New Metropolitan Convention Center to be built in Quito’s former airport. This will be the country’s largest convention center and it will have an investment of approximately $ 35 million. This is a sample on how Quito continues to consolidate its leadership and plans of massive urban regeneration all over the city.

NEW QUITO TOUR BUS ROUTE TO THE MIDDLE OF THE WORLD

Quito Tour Bus just launched its new route to the Middle of the World, with departures every Sunday at 11:00 am. The tour lasts six hours and includes the entrance fee to the Pululahua lookout point, the Middle of the World Monument, and the Ethnographic Museum. The price is $25 USD for adults and $12.50 USD for children and it includes a bilingual tourist guide. This tour is ideal for all family members and it features a visit to Middle of the World, a must for any visitors to Quito.
For further information, please visit: www.quitotourbus.com

EASTERN TIME IN QUITO: FAITH AND UNIQUE TRADITIONS IN THE MIDDLE OF THE WORLD!

Quito's Holy Week, which takes place between March and April, has gained international recognition because of its streets, squares and churches which show the richness in art, cultural and religion that live in the two realities of Quito: the Spanish and the indigenous. These two heritage treasures are the main highlight of the Holy Week rituals and expressions that bring out the passion and faith of Quito's people.

The city is covered with a large cultural events agenda that includes music and popular religious traditions everywhere. In particular, the Historic Center becomes a living museum with characters who assume their role of penitents and worshipers, a custom that dates to the XVI century. On the outskirts of the city, in rural parishes like La Merced, Puellaro, Perucho, and AlangasÃ­, ritualism is charged with a unique sense.

The presence of cucuruchos (men dressed in long purple gowns, their faces covered by purple face-masks and very tall and pointed purple bonnets), holy souls, and devils carrying wood carved figures made hundreds of years ago by skilled artists of the Quito School.

Other feelings are aroused with the special cuisine on these dates: Fanesca (thick soup made of twelve grains and fish), molo (smashed potato dish), rice pudding, figs with cheese. All these delicacies are part of the rich culinary offerings featured during this time of the year.

Visitors to the city will enjoy a friendly environment in the celebrations and may participate in the events and activities of their choice such as concerts with renowned musicians worldwide, the famous Festival of Sacred Music with the best religious music artists, culinary exhibitions, the Jesus del Gran Poder procession, among others. Moreover, only during this week, churches and convents show various treasures that have been kept in their vaults. This is a great time to visit Quito, in the Middle of the World and experience authentic religious traditions!

This is a great time to get to know Quito's traditions, tastes, textures, colors and new experiences in 2014.