Mexico City, March 30, 2011 "“ Aeromexico,Â Mexico's global airline, announces that beginning in April, it will operate new routes to and from various Mexican cities, in addition to an increase in seats and frequencies, thanks to the addition of new planes to its fleet. In support of its passengers, and as a way of thanking them for choosing Aeromexico, the airline will have special flights during the spring season.

Increase in Flight Frequency
As of April 4th, the airline will begin operating daily flights between Guadalajara and Fresno, California and betweenÂ MonterreyÂ andÂ MexicaliÂ on a Boeing 737. There will also be daily flights betweenÂ GuadalajaraÂ andÂ Hermosillo, on an Embraer 145, and an overnight flight fromÂ CuliacanÂ to MexicaliÂ on an Embraer 190.

Also beginning on the same date, routes between Mexico City and Mazatlan, Ciudad del Carmen and Veracruz will be offering a greater passenger capacity, thanks to new planes that will be larger than the planes currently traveling those routes. There will also be additional flights betweenÂ HermosilloÂ andÂ Mexicali,Â TijuanaÂ andÂ Hermosillo, as well asÂ Mexico City and Tapachula.

As of May 9th, there will be an increase in the frequency of flights on several routes that are already running. Aeromexico will add another flight to theÂ Mexico CityÂ "“Â CampecheÂ connection, the MonterreyÂ "“Â VeracruzÂ connection, and two more flights betweenÂ Mexico CityÂ andÂ Oaxaca, which will amount to 40 connections a week to the city.

Spring Deals
To encourage passengers during the spring season and to satisfy the great demand during the holidays, Aeromexico is offering temporary special flight frequencies from April 16 "“ May 1.

The temporary new flights will be to the following beach destinations from Mexico City: Acapulco, Cancun, Puerto Vallarta, Los Cabos, and Zihuatanejo; and to the United States on routes such as Guadalajara "“ Los Angeles, Mexico City "“ San Antonio and Mexico City "“ Miami.

With this increase in routes and flight frequency, Aeromexico renews its commitment to further enhance the connectivity of the country for the benefit of all travelers and reinforces its position as the largest airline inÂ Mexico.

Family Expeditions in Amazon and Galapogos 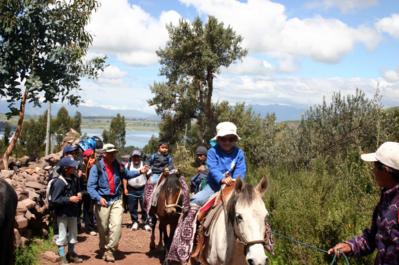