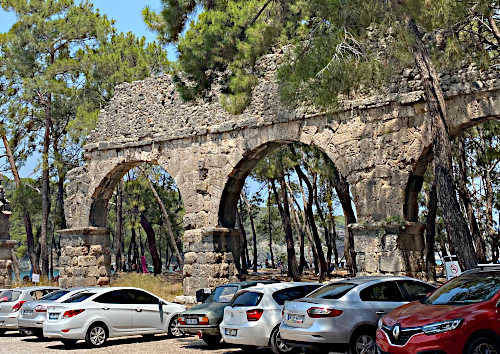 After many visits to Istanbul, I intentionally planned my next Turkey trip to a different region and I was recommended several times over the southwest coastline. Antalya was my first stop, and in the afternoon after I arrived, I had my mind set on checking out the Duden waterfalls. At the local bus station, glancing around hopelessly, a middle-aged lady noticed my tourist-confusion and pointed out that I could take bus #17, and not #17A which made more stops along the way.

Duden Waterfalls has two access points, and I visited the higher ones.@2022 Annie Elle

There were also, as I soon realized, two parts to the Duden waterfalls- the lower falls along the coast and a bit harder to see unless I rented a boat, and the higher falls, located 12 km away. About an hour later, the driver glanced back at me and gestured for me to get off and I hopped off to a row of small restaurants hawking spinach and cheese borek. I followed the small paved path another minute and the entrance came into view, where a small booth charged me 5 TL to enter.

As I was pondering if there were any tourist sites in the US where it could cost less than $1 USD to enter, I spotted ancient Roman tombs on my right and marveled at how well-preserved they were, considering people were openly walking in and around them. I took a left over a small pedestrian bridge, avoiding the families in front of me at a cafe, and trailed along the river, absorbing the murmuring calm of the water stream and following it downwards. Another steep flight of stairs led downwards, and I started to hear the rushing of the falls and as I ducked my head and my nostrils were hit by the smells of humidity combined with fresh water, I curved around and saw the falls.

Splashing down from various points, the falls were much higher than I thought and far noisier. I barely heard the couple behind me asking to take photos for them, and had to similarly raise my voice to have someone take mine, both of us chuckling embarrassingly at how loudly we had to shout. The closer I drew, the more slippery the stones got and chillier with the mist rolling over the water. On the left of me, a cave sign warned visitors to beware of bats in their natural habitat and I saw, with a grin, two kids peering timidly curiously upwards into the dark.

One of my favorite places to relax during the trip to southwest Turkey was the row of cafes where I could take in the view of the falls, the rushing water, and enjoy the cooler fresh air all around. @2022 Annie Elle

I ducked my head into a narrow walkway and found a flight of stairs, following it up and realizing that I was back at the opposite side of the top pathway. It was noticeably less damp, and I strolled towards the signs pointing at the row of cafes that hang over the water. Along the way, an olive processing area showed historic stones dating back to the Roman period and I saw two parents explaining and acting out to their three kids how the crushing beds were used to strain and separate the olive extract back in the day.

The exit to the space required me to walk along the cafes, which had a soothing background lull coming from the waterfall runoff just underneath. Nearly all the tables were full, and across the water, I saw another dozen tables or so on carpeted makeshift platforms with primarily local tourists, lapping up the view.

I emerged back out onto the main street, and set off in search of a way to top up the credit on my AntalyaKart. All the main cities in Turkey operated with these rechargeable cards, but at the automated recharging machine, I learned that I had a single-use disposable card which could only be topped up at a kiosk. After wandering into a souvenir shop to ask for the assistance, the young man insisted I take a look at his magnets (10 TL each). As I tried to politely look them over and then launch into my question again, he stepped aside to reveal three large containers of colored powder. He whipped out a paper cup and handed me one with a scoop of some of the powder and hot water from the kettle behind him, “Turkish tea, good for you!” Before I could take a sip, I breathed in the aroma and immediately all my pores opened up and my senses were on fire. He laughed at my widened eyes and sudden gasp, “Clean your body! Very cheap, very strong!” – what an understatement!

Finally, he led me to the door and pointed out a mini-mart where I could top up my card. Thanking him, I pulled out my card and had it ready by the time I entered the air-conditioned market, but immediately the cashier waved his hand and shook his head, “No more, it’s finished, 7pm.” I stopped midstep, quickly formulating how to ask without sounding too pathetic, “Then how am I going to get home?!” The cashier shrugged and turned his attention towards the next customer.

Back out on the main road, I spotted a liquor store next door and hoping against hope, took a deep optimistic breath and headed in. The cashier also shook his head but at my dismayed expression, in clear English, pointed, “Take the dolmus (a minibus of sorts), A80 back to Antalya, they take cash.” I breathed a sigh of relief, and eagerly headed towards the dolmus station he had pointed out. In my haste, I almost missed the camels tied up in the nearby parking lot with a lone Turkish man waiting for customers. Camels in Turkey? Sure, why not?

My unofficial guide, Mert, led me to the main street, all the while explaining some of the history of the valuable trading city of Phaselis. @2022 Annie Elle

After safely returning to Antalya and spending a peaceful night there, taking in the view over the harbor and wandering the narrow alleys, I prepared myself to head to Phaselis the next day. Located just an hour farther down south on the coast, Phaselis was in a national park that I could access by bus and by the late morning, I was dropped off at the main entrance. I forked over 70 TL, and along with another visitor who’d arrived on foot, made our way past the long line of cars snaking down the road. I was surprised to see so many people waiting to enter, but I just figured they’d heard the same thing that I had – Phaselis was a fascinating site to see ancient ruins, and wasn’t far from Antalya, so it was an easy day trip. The

Trailing behind the other visitor, I walked for about one kilometer following the road that had cars passing by us pretty frequently. I hadn’t anticipated the walk, so luckily, I had already put on some sunblock as there was absolutely no shade in sight. After about 20 minutes, I started to see parked cars and taller trees with pine needles and dried leaves blanketing the ground. When I rounded a bend, I found myself in a full parking lot with enormous ancient ruins of arches from the old aqueducts standing tall over the glistening modern cars. It was a surreal juxtaposition to see, and I marveled at the nonchalant glances from the passing local tourists as they sauntered by without giving the arches another look.

I passed the cars and finally understood the real reason for all the visitors- just beyond the parking lot, once I reached a slight hill, I looked down and saw a harbor packed with people swimming, picnic blankets, tables overflowing with food, inflatable lifesavers and umbrellas. The tall trees provided the perfect shade and the incline meant this area was safe from the wind. The harbor view was impressive and the water seemed clear and clean but alas, I hadn’t dressed for a water day and my goal was still the ruins.

I kept following the parking lot, determined to find the ruins but just kept running into more beach-goers, sweaty children digging in the mounds of sand amidst patches of grass, and ice cream vendors. Finally, surrounded by no less than five groups of locals, I approached the nearest one and held up my ticket with a picture of the ruins on it. I hoped my inquisitive expression would be enough to convey my question, but luckily, the man, Mert, ended up speaking a high level of English. He volunteered to lead me to the site, which he said was by the second harbor, and along the way, told me about his years working in finance in Canada and how much he loved weekend trips to Phaselis as a child. The site, he continued proudly, was historically important for trade in the Mediterranean, particularly between Syria, Greece, and Egypt. It’d survived Persian rule, seen a visit by Alexander the Great, prospered under the Roman Empire for 300 years, and grew during the Byzantine Empire.

By this time, we had wound through pockets of tourists and ducked under and around uncountable trees and shrubs. Finally, I emerged around another corner and there was the main street of the old town. Mert pointed out that it’d been abandoned since the 13th century and recommended I visit the theater, then disappeared with a toothy grin and spring in his step after helping out the poor lost tourist.

I made a mental note to look for the mysterious theater, but didn’t have to look very hard. Right off the main entrance, built with massive stones reaching my knee, stacked one on top of another, a sign pointed towards the theater and after a short flight of steps, I emerged onto the edge of a typical Hellenistic amphitheater. It was built directly into the slope of a hill for support with what looked like marble, and another couple and I had a good laugh as we tried to capture some photos of the well-preserved landmark without stepping on the Roman and Byzantine ruins.

After emerging out the other side in the second harbor, I started strolling towards the one-kilometer-long pathway to head back to town. At the beginning of the road, a middle-aged man on a motorcycle was chatting on his phone and just as I walked up behind him, he hung up the phone. Taking a chance, I paused and pointed down the road, “Are you going to the main road?” He thought for a moment, clearly trying to decipher what I had said, and then responded, “Street?” I smiled with relief and he pointed towards the back of his seat with a nod.

While we zoomed along, he introduced himself in short bursts, shouted back to me. His name was Ayman and he was a policeman from Istanbul who also happened to be going back to Antalya. When he found out I was going to take the bus back, he patted his chest and promptly said, “Antalya. We go.” I eagerly accepted, and gripped harder to the back of the motorcycle, breathing in the fresh Mediterranean air whipping by under the bright summer sun. 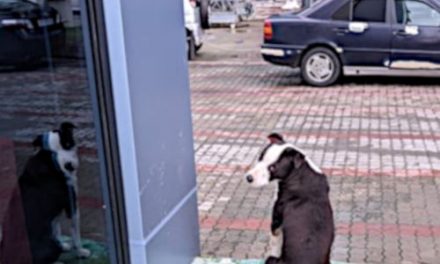