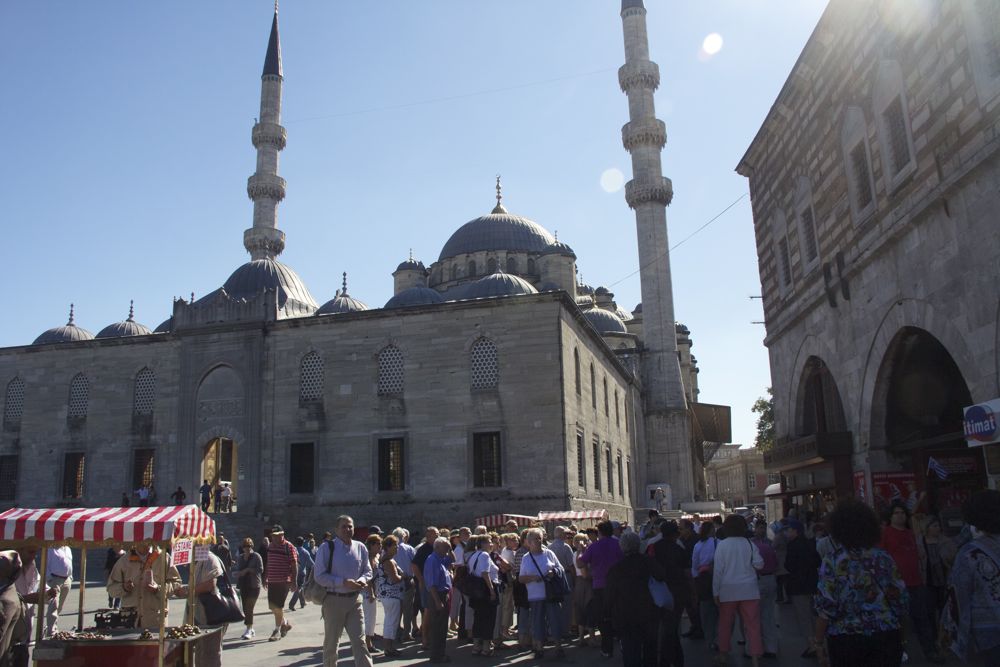 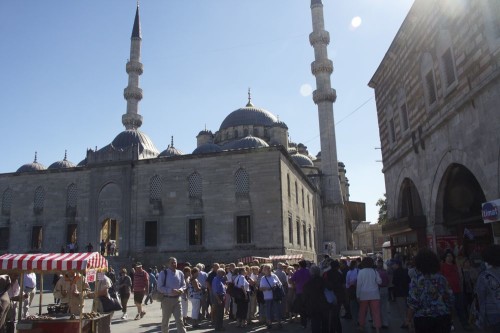 I arrived in Istanbul on May 31st, the day the Gezi Park protests started getting serious. I'm here for an au pair job, and I'd gotten into the city early in the morning, around six o' clock, but I wasn't scheduled to meet up with the family I'm working for until the evening. I spent the day walking the parts of the city I remembered from my last visit and loafing around in a park by the Bosphorus. At around five I began making my way to the closest metro station I knew of, which happened to at Taksim Square. As I got closer to the square, I began noticing that some people were wearing masks over their mouths, but I didn't think much of it, thinking that maybe there just happened to be an unlikely number of hypochondriac tourists wandering around the city. When I got to Taksim Square, however, I realized what the masks were all about; there weren't many protesters in the square, but there were riot police and I felt a faint stinging sensation in my nose and eyes, a feeling that I was familiar with from a protest I had attended five years earlier in Budapest. I could hear booms "“which I think now were from tear gas canisters being fired- and chanting in the distance coming from Istakal Caddesi, a pedestrian and main shopping street that leads to Taksim, but the square itself was relatively calm. The metro station was closed, so I ended up taking a bus to another station and met the family's driver a half hour later than planned.

That was sixteen days ago, as of this writing, and the problems continue. I've visited Gezi Park several times, where protesters had set up a kind of virtual village out of tents and tarps that was reminiscent in atmosphere of the Occupy camps, but the latest news reports say it's been cleared out. From what I understand, this has set off another wave of protests. My Turkish family is unsure what to think right now. I've heard the words "civil war" brought up by them several times, but I think this is melodramatic. We live in the wealthy and isolated suburbs in northern Istanbul, and some of their extended family members who live near Taksim will be coming to stay with us tomorrow in case the situation there spirals out of control. I don't think it's really possible yet to make an accurate prediction of what will happen, but, of course, that won't stop people from trying.

Our Writers near Gezi Park, Istanbul

Jesse Anderson is a native of Olympia, Washington, but later went on to study political science at Emory University in Atlanta. Since graduating, he has been working and living abroad in places as diverse as Normandy, southern China, and Istanbul, and he spends his free time making music, reading, and studying languages.