Postcards on the Dashashwamedh Ghat 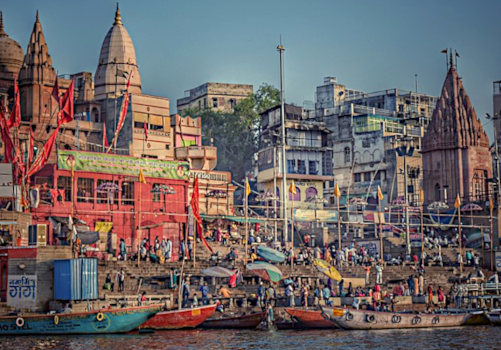 The banks of the Ganga were lined with woven umbrellas. There was a festival that day – I never found out exactly what. But it was the reason I came down to Dashashwamedh Ghat again, even though I had already come the previous day. India was abundant in holy days, so it would not be surprising to run into one in Varanasi, its holiest city.

That morning I had the presence of mind to get some murukku for breakfast en-route to the ghats. I sat at the lower steps to munch on it, watching the people gather around their respective umbrella-platforms. Families, maybe.

That was when she came to me. A little girl, touting wares to tourists and pilgrims of Varanasi.

“Henna?” she offered. She had a bag slung over her shoulder. When I didn’t reply, she asked again, and fished out the kit to show me. It was not actually henna, but a kind of glitter paint in colourful tubes. She gave me a price, and I realised she was hawking the kit itself.

I shook my head and smiled. I wasn’t in the market for skin paints.

The girl’s face fell. Re-packing the glitter henna kit, she then rummaged about her bag. She fished out a book of postcards, and offered it to me with renewed hope. “Postcards? They are pictures of Varanasi, it is good souvenir,” she said in reasonably good English. “Only 150 rupees,” she said expectantly.

I sighed inwardly. Even though it was only my third day in India, I had already had to turn down many, many touts. I still could not decide whether the astrologer I met the day before had been a narrow escape from a scam, or not. I began to shake my head no.

But I remembered that I usually do send souvenirs to a girl that I sponsor in Lebanon. The NGO would only allow sponsors to send flat items – like bookmarks or postcards. I had not bought anything for R—m from this trip yet. Why not from her? I looked at the Indian girl more closely.

The Girl with the Postcards

Festive umbrellas springing up along the Dashashwamedh Ghat ©2018 Teja

She was very thin, and looked about 12 – at any rate, she could not be much older than 14. But she looked reasonably clean, her hair about shoulder length. There was a weary look on her face, even though it was only morning. A kind of repressed hope, fighting against habitual eventual disappointment.

I asked to look at the postcards. Her face began to crack with a tentative joy, and she held the book out to me.

Flipping through the postcard book, I found that the postcards weren’t in the best condition – not surprising, under the circumstances. Still, they were good enough images, and R—m would enjoy seeing scenes so different from Lebanon.

Idly, I asked whether she would sell them singly. Her face clouded again, and she shook her head no. She would only sell the set. It was 150 rupees for the lot, but I did not have the sum exactly. And I thought it quite likely that she would not have change.

Not Only Money is Important

I wondered if she was selling for herself, or selling for a syndicate. Like the baby milk scam, that I had read about before coming to India. But that morning, I considered the girl before me, standing patiently in hope. 50 rupees was nothing. I would give it to her without regret, if she were really as she appeared to be. So I made up my mind.

“You don’t worry!” she replied immediately. “I will give you change for 200! It’s not a problem. It’s a good souvenir,” she repeated. She went on, ardently insisting that she would give me the change.

Interesting, I thought. I handed over 200 rupees to the girl, took the postcard book, and waited for the change.

Would she run? She easily could. After all, I was certain she had made an impossible promise.

She did not run. Instead, she pocketed the money with a little happy smile.

But she did not give me change either. She sat down next to me, and seemed slightly fidgety. I grew vigilant, but made sure to keep a relaxed posture, continuing to eat my murukku. She didn’t make a move.

After a pause, she offered me the henna again. But this time, to draw on my hand.

I smiled, and told her I didn’t really want the henna, just the change will do. “Oh I will give change, no worries. Henna is free,” she insisted, looking me in the eye. “I will make very pretty for you, and it is no charge. I draw on your hand. I want to give you. And then I will give you the change also. Not only money is important.”

‘And then’ – that phrasing did not escape me. Oh well, it was only 50 rupees. At least she’s attempting to trade for it, I thought. I agreed.

She brightened, unpacked her kit again, and reached for my hand. “Not only money is important,” she repeated, smiling. I was her first customer that day, she added. She took out little design stamps, applied paint on them, and began stamping my hand with patterns, occasionally asking me which colours or patterns I liked better, punctuating it with assurances that the henna is totally unrelated to the change.

“You be careful,” a voice suddenly spoke to me from my right. I turned to see a thin Indian man, who looked like he was peddling souvenirs himself.

He looked at me, and motioned to the girl beside me. “Best watch your things. She’s a thief!” He glanced at her, eyes hard. “She’ll steal it.”

I don’t know why or how I stayed relaxed. But I instinctively knew that if I recoiled and he was lying, it would hurt a vulnerable, friendless girl greatly. And in that split second I managed to remember that the girl was on my left, both hands occupied, whereas my bag was on my right, far out of her reach.

The fact didn’t escape her either. She gave a nervous laugh and dared to challenge him. “How I will steal it? It is over there, and I am here.” She cast her eyes down again and continued stamping patterns.

“Don’t do that,” he scolded her. “It’s chemicals, bad for skin.” He looked at me and repeated it, that it would have a bad reaction on my skin, and that however much I was paying, she was cheating me by it.

“It’s free!” she exclaimed. “I am not charging money. Not everything is about money. And you are selling it yourself!” she pointed at his bag.

He did not like the outburst. Glaring at her, he looked at me again, and warned me about her thievery. Then, without the slightest trace of irony whatsoever, he offered to sell me the very same hand painting kit that he claimed was chemically unsafe.

She let out a bark of ironic laughter and ignored him.

And though she was so young, as she continued to paint, she smiled to herself a tight, nervous smile that all women recognise. It was the smile when you cannot defend yourself even with speech, and the only socially acceptable response open to you when you are treated unfairly, is to smile.

So I smiled at her. Then I looked at the man, and told him I was not interested. He gave the girl a last glare, and walked away.

She finished. My hand was now peppered with gold and silver and purple, stars and om symbols.

The girl looked pleased with the handiwork, asking me if I was pleased with it as well. I agreed, thanked her, and continued waiting.

I thought back to the woman on the farther ghats, following me, pleading at me, milk, milk. Before coming to India, I wondered if I would feel conflicted in that situation – and would I have been able to tell if it’s a scam? But when I encountered it, my instinct was clear.

I wasn’t sure what made it clear, though. Was it the vacant expression, without any signs of investment in being able to buy milk or not? Was it the careless way the baby was held on her arm, head lolling, quite unlike a loving mother striving to slake her child’s hunger?

I don’t know – but these were signs of falseness.

The girl selling the postcards was beginning to look deflated. She stared ahead, towards the holy river, a helplessness about her thin shoulders. I wondered if she had eaten. I still had more than half a packet of murukku left. If she truly struggled, she would not turn down food. And if she was selling for a syndicate, at least the food would go to her.

“I’m quite full now,” I said, holding out the paper packet to her. “This is too much for me. Would you like it?” The girl turned, and took the packet. She inspected the food, seemed pleased, and ate from it.

But then she stopped, carefully folded the top closed, and stowed the remainder in her bag, even more carefully than how she handled the money. She did not take for granted there would be food later.

Just Trying to do the Right Thing, Matters

And still I waited. I was almost certain by this time that she didn’t have the change. But because she had been so insistent on the change, I wanted to see what she would do – how was she planning to keep the promise?

Finally she reached into her bag, for a little purse. She peeked into the purse, shoulders sagging. Out of the corner of my eye, I could see that the purse was empty but for my 200 rupees. I really was her first buyer.

I had seen enough.

She really could not, and it was an impossible promise. But, she stood by it, choosing to be bound by her word. She did not try to talk her way back out of it, and did not make a single excuse. She remained by my side, waiting for some miracle way out to open. And more than that – while she waited, she gave from what she could.

We can’t always live up to our standards, nor keep all our promises. But trying matters. And the penniless little girl on the ghats did a better job of it than most people I’ve ever met.

I don’t know if she was really a thief – but she had honour.

Her face brightened in shock and relief – perhaps she really did believe I would hold her to 50 rupees. And it was a smiling child who said her goodbyes to me as she moved on among the festive umbrellas, all along the ghats down to the Ganga.

If she had stayed longer, I would have given her more. 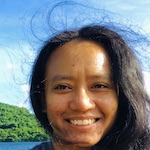 Teja is an environmental scientist and a sustainable travel storyteller on a voyage for homes in a thousand strange places. Teja writes to inspire insightful travel.

An Ode to Tour Guides 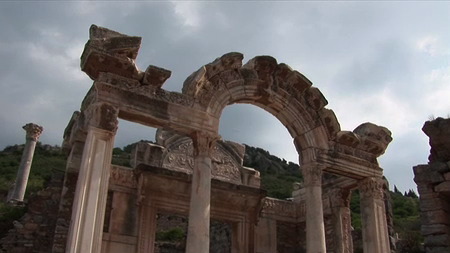 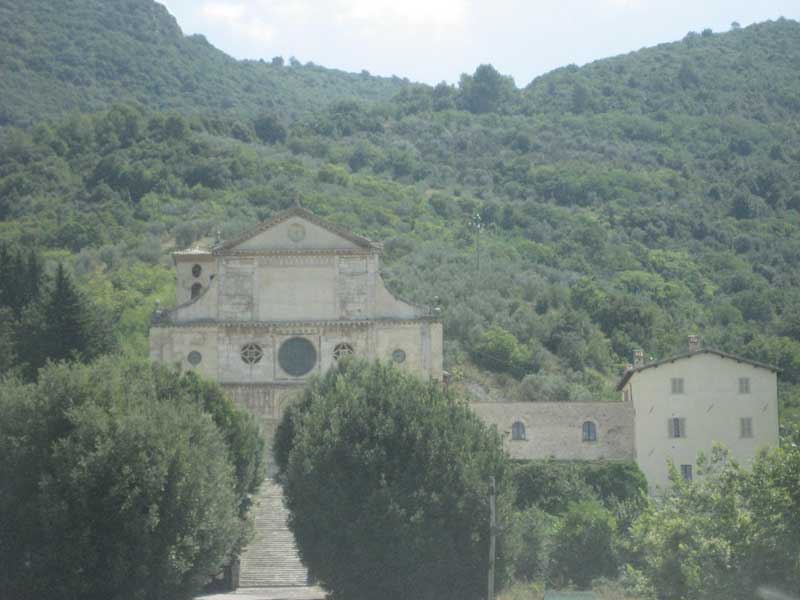 Off the Beaten Path in Italy: Norcia