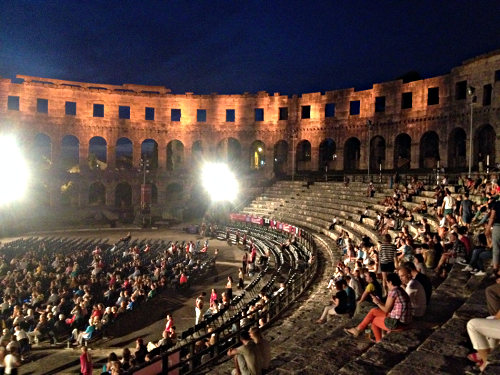 Getting lost in a foreign town is an inevitable part of travel. It can be exciting, enlightening and incredibly frustrating, but it’s never permanent, as by some mysterious law of the universe a helping hand or friendly face invariably seems to appear. In my case, this helping hand belonged to the self-proclaimed Mayor of Pula, Croatia.

I met him on a sun splashed residential street some way out of the centre of town. I had arrived at this street after following some dubious guidance from the staff at the Pula coach depot, and possessing no map, I felt that the chances of successfully navigating myself to the right area of town were depressingly low.

A shout drew my attention and the Mayor ran to my side and fell in step with me, he introduced himself and asked if he could help. I showed him a printed set of directions to my hostel and, to my immense relief, his eyes lit up in a glimmer of recognition, which was a refreshing change from the expressions of confusion that they had inspired in the coach staff, who had blankly inspected them from all angles with faces that suggested they may as well have been in Aramaic.

He beckoned me to follow and led me through a maze of alleyways and avenues whilst telling me about the virtues of Pula and what he had been doing at my age, things which sounded distinctly un-Mayorlike and I hoped for his sake were absolved by the statute of limitations.

We eventually emerged into an area that looked to be the informal town dump, it was a large square area of scrub land fringed by rusting kitchen appliances. At this point, I must admit I did doubt my guide’s claims of elected office and had a terrible vision of my body being unceremoniously stuffed inside one of the rotting tumble driers.

Thankfully, my doubts were unfounded, and the Mayor pointed to a ribbon of tarmac that stretched down to the centre of Pula, behind which the impossibly blue sea stretched away indefinitely. I gave him my sincere thanks and a small amount of Kuna, which he gratefully accepted, clearly the Mayor was used to tips, and he waved goodbye as I began the downward descent into the town.

After an hour of trudging in which my posture became incrementally bowed under the weight of my enormous rucksack, I eventually reached the beautiful Arco dei Sergi and stepped through into Pula’s old town. I threaded my way through a series of narrow streets flanked by bustling seafood restaurants, gelato stands and thriving bars and spotted the street that housed my hostel with an exclamation inspired equally by relief and triumph. My room had a view of both the Colosseum and a picturesque seascape, which was reward enough for the odyssey I had undertaken to find the place.

I was fortunate enough that my visit coincided with the Pula Film Festival, which is held inside the Colosseum, and searched eagerly for the Mayor who would no doubt be present at such an auspicious event. After several minutes spent fruitlessly scanning the front rows to no avail, I reluctantly abandoned the search and instead turned my attention to some world class cinema in a uniquely spectacular setting.

My stay in Pula was extremely enjoyable and was sorry to leave the beautiful architecture, breathtaking scenery, delectable cuisine and generous alcoholic measures, but my memory of the place, garnished by the pleasant memory of the uniquely charismatic “Mayor”, remains intact. Unfortunately I didn’t see the Mayor again, but should he ever find himself up for re-election, he can count on my vote.

Hugh was born in 1993 in England and after attaining a degree
in politics he began traveling and writing as much as possible. He
previously owned and ran a music review website and now writes
travel articles and works of fiction.

New Attractions in London This September 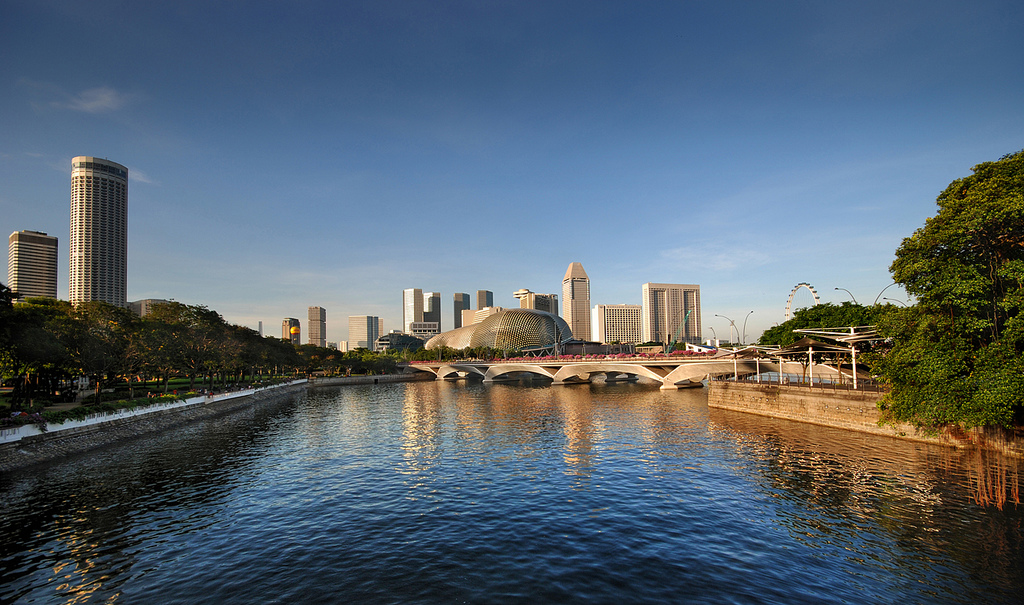 Five Reasons to Holiday in Singapore

5 When Sleeping in an Airport