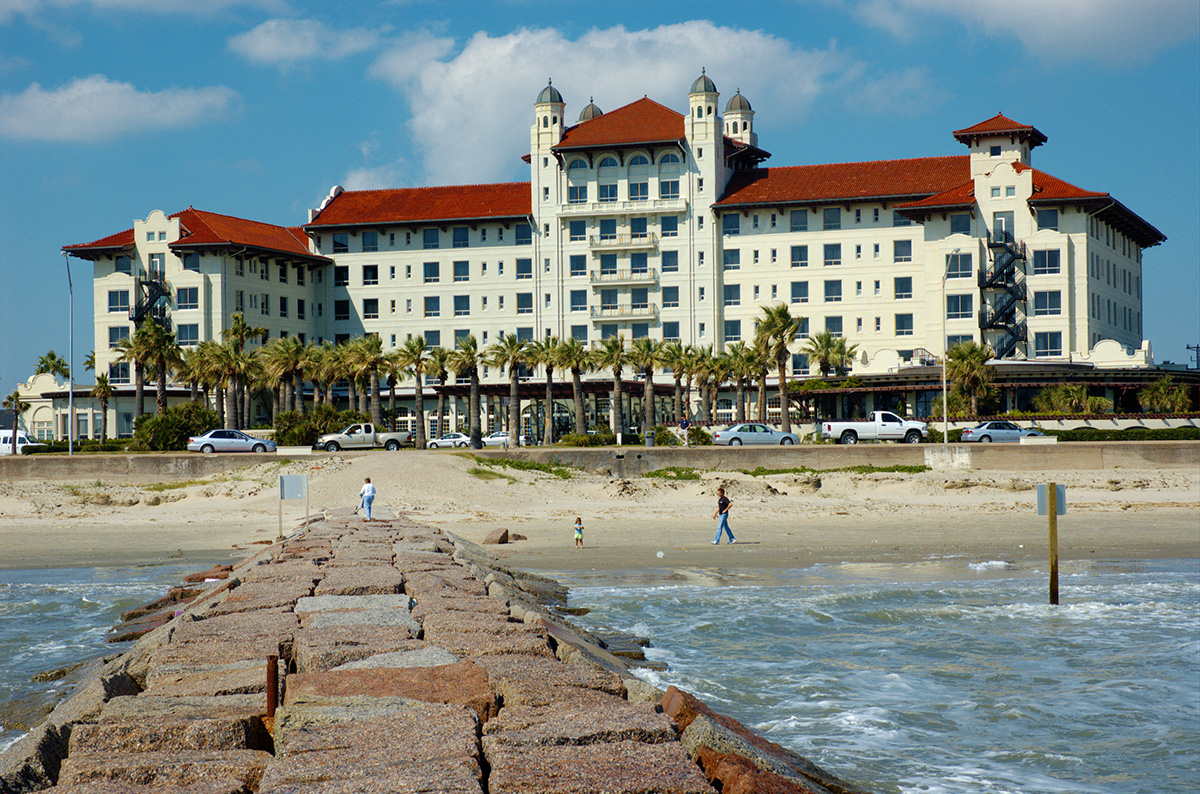 Doing it in Galveston 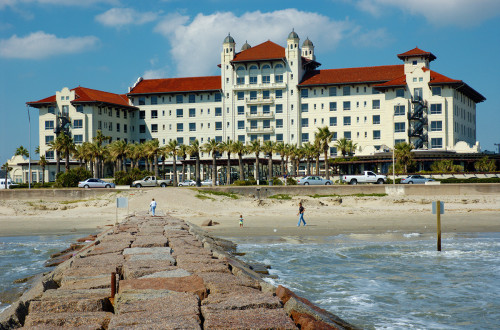 The 32 miles of serene beaches are an allure to millions of people who visit Galveston Island each year, but the beaches only tell part of the story of this city that was once one of America’s largest ports.
Trip Advisor recently named Galveston as one of the “Top 10 Destinations on the Rise in the U.S.” in 2014, and it’s not hard to see why. Many refer to Galveston as the “Republic of Galveston Island” because it is remarkably different from the rest of Texas. 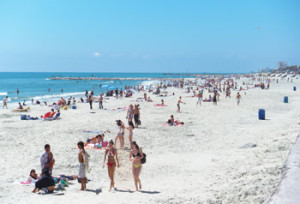 It is reasonably close to the hustle and bustle of Houston, which is only 50 miles northwest of the island. But the resort town atmosphere, warm sand and gentle ocean breezes from the Gulf of Mexico make it feel like a world away. 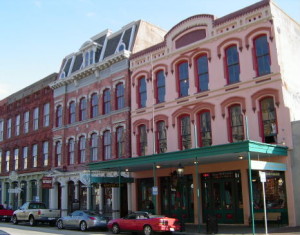 We all know the saying “everything is bigger in Texas,” which Texans latched onto to describe the grandiose nature of buildings, food, and the ten-gallon hats. But did you know that there is another saying: anything that’s done in Texas is first done in Galveston? The state’s first post office, opera house, hospital, golf course, and country club were all built in Galveston.

The island also has one of the largest concentration of Victoria architecture in the United States, and its downtown Historic District is lined with these buildings which remind visitors of an era when the island was at its peak of prosperity.

Currently, more than 2000 buildings on the island are listed on the National Register of Historic Places. Downtown also has a pirate museum which pays tribute to the island’s early European pirate settler Jean Lafitte. There’s also a railroad museum and a place to catch dolphin tour boat rides, offering the perfect balance of history and modern fun. 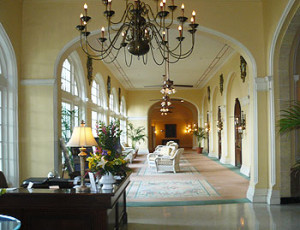 The majestic Hotel Galvez and Spa with its pretty waterfront and ornate lobby are a perfect place to bed down in style on the island.

The ocean is what has always helped Galveston survive and keep its economy afloat. In the nineteenth century, the island was considered the main port on the gulf west of New Orleans and one of the most important in the country until it was eclipsed by the Houston Shipping Canal in 1917. Today, it is still a vital port and also serves as a hub for Royal Caribbean and Carnival cruise lines.

And with the most miles of beach of any Texas destination, visitors continue to bask on the sun-drenched shores and savor the fresh seafood while also enjoying all of the new attractions of the island that give even the most seasoned visitors a breath of fresh air. Below is some of what’s new this year on the island.

Number 13 Prime Steak & Seafood opened in December 2013 and offers big city cuisine but with a locally focused menu and waterfront view from Galveston’s Pelican Rest Marina. The menu at Number 13 features a wide range of options, from in-house dry aged steaks to octopus “a la plancha” and crawfish-stuffed beignets.

“It’s like an upscale New York City restaurant and there’s nothing else like it in Galveston, it’s the only upscale restaurant with a waterfront view on the island” said Leah Cast, public relations manager for the Galveston Island Convention & Visitors Bureau.

Take a Paddle Board Excursion

Paddle boarding is becoming more popular, and Galveston is following the trend by offering paddle surfing excursions. Ohana Surf & Skate offers a wide selection of stand-up paddle boards for all skill levels as well as experienced instructors to guide you along the way. Lessons include one-on-one instruction on the beach and in the water. Visit www.ohanasurfandskate.com for details. 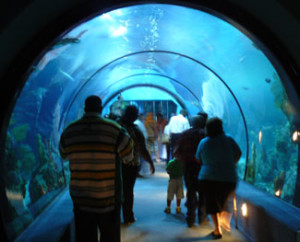 No trip to the island is complete without a visit to the iconic Moody Gardens. Visitors might scratch their heads when they see the giant pyramids at Moody Gardens, and wonder if they took a wrong turn and wandered over to Egypt. But the grandness of the pyramids only hints at the treasures that await visitors inside.

The rainforest pyramid brings all of the wonders of the Amazon to the island in a safe and family-friendly environment. Visitors feel as if they are walking through a rainforest while feeling satisfied that they didn’t have to journey to a different continent for the adventure. There are native rain forest animals for the little ones to marvel at and an aquarium that will make the sea seem even closer than it already is to the island. 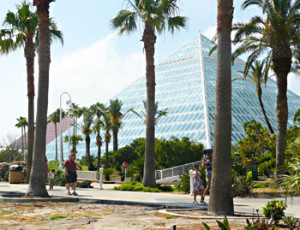 “It’s a unique way to see the pyramids from the air and will allow visitors to experience Moody Gardens like never before,” said Cast.

Ranging from Criss-Cross Tight Ropes to Burma Buckets, the 71-foot Ropes Course is filled with 48 fascinating obstacles. Thrill seekers can then glide 60 feet in the air on the Moody Gardens Zip Line for a bird’s eye view of the Moody Gardens Pyramids and tropical gardens. For details, visit www.moodygardens.com.

Beginning in February, Royal Caribbean’s Navigator of the Seas will sail year-round from Galveston. The ship will offer all new innovations in 2014, including new staterooms with virtual balconies, new dining venues and new amenities such as the first signature FlowRider surf simulator and ship-wide Wi-Fi.

“We’ve found that cruise lines really like the appeal of the downtown being so close to the port, everything that a vacationer would need is practically right there as soon as they step off the boat, and Galveston is currently the main cruise port in Texas,” said Cast.

Navigator of the Seas will offer vacationers two, seven-night Western Caribbean itineraries. One itinerary calls at Falmouth, Grand Cayman, and Cozumel, while the other calls at Roatan, Honduras; Belize City, Belize; and Cozumel. For details, visit www.royalcaribbean.com.

Play and Cook in Downtown Galveston

Downtown Galveston really has something to suit anyone’s fancy. It’s steeped in several dimensions of history, from pirates to railroads, but is also welcoming to those who may not be history buffs.

“It’s a very walkable street. The new Pleasure Pier has become a new icon of Galveston which is right next to downtown and is great for kids or those who are less interested in the history. The downtown is really a place for everyone,” said Cast.

For a new experience in downtown Galveston, check out Board Game Island. This board game cafÃˆ has a library of more than 500 games to play at your table as well as a cafÃˆ style menu Ã± known for its pizzas, smoothies and coffee drinks. For details, visit www.boardgameisland.com.

To find hotels in Galveston
To explore more about Texas

Daniel Peltier is a freelance writer from Billerica, MA

Introducing Foods of the World