Trujillo, A Welcome Change of Plans

The plan was to leave Lima early and spend the better part of the week soaking up sun on the sandy beaches of Mancora. The rumor is Mancora is a warm surferÂ´s paradise, and after spending most of the past five weeks in freezing temperatures I felt that I deserved a little sun.

But as it goes with the best plans, when I got to the bus station I found that I had missed the 3PM bus to Mancora (18 hours) by fifteen minutes. I was faced with two options: stay in Lima, a city I was greatly enjoying, an extra day, or head somewhere new. I opted for the second choice and bought a ticket to Trujillo, a Colonial city with many archaeological sights that happened to be half way between Lima and Mancora.

Though it is no tropical paradise, it offers something the skin clad beach of Mancora does not, history and style. Though many travelers head to Trujillo strictly for the archaeological sights of Chan Chan and temples of the Moche people, I found the Colonial streets to be the true gem of the area.

TrujilloÂ´s center is made up of mainly 16th century churches and Colonial Mansions of a multitude of bright colors all kept in immaculate condition as mandated by the Peruvian government. It is easy to become lost in a fantasy of the past as you walk along the streets, that is if you can drown out the sounds of honking horns. And if the architecture doesnÂ´t capture you, the sweet old men with their ancient box cameras surely will as you pose in the grass of the Plaza de Armas.

And yet the best part for me are the countless old style eateries with quality Peruvian fare. You wonÂ´t find too many touristy Pizzerias, Mexican restaurants or overpriced authentic cuisine in this town, just a ton of cheap good eats. I had the pleasure of having dinner in this corner eatery that had to have been at least a hundred years old with darkening wood cabinets lining the walls filled with bottles of alcohol and two giant slow roasted turkeys in the doorway that were being shredded for sandwiches. For six soles ($2) I was able to enjoy a big bowl of slow-cooked bean stew, made with multiple kinds of beans, rice, and pig fat (for flavor) which they only make on Mondays, a plate of rice, beans and stewed chicken and a glass of fresh pineapple juice. What could be better? And if I didnÂ´t feel like the dinner, there were plenty of tasty treats to choose from, like papa rellenos which are mashed potatoes molded around a filling and then deep fried. Very delicious.

If you are not very hungry and a 19th century eatery is not what you are feeling, then you can grab a drink at a “classic” bar, like the Museo. This bar is probably from the 18th century and is complete with saloon-like swinging doors, marble bar top and ancient register.

The Ferry to Bequia 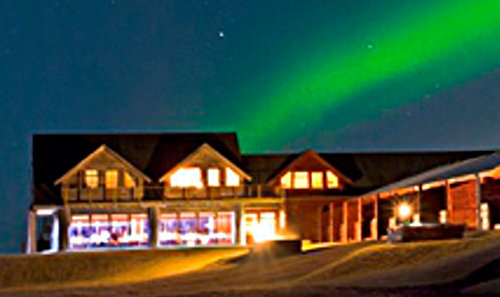 A Virtual Tour of the Luxury Hotel RangÃ¡