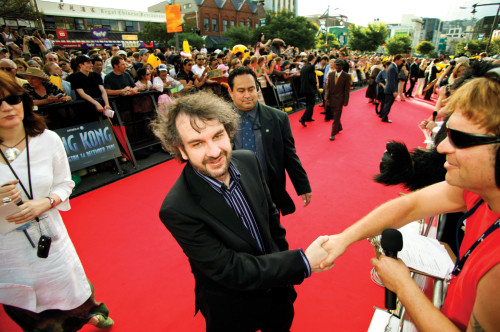 A red carpet world premiÃ¨re, a star cast and a celebrated local son will put Wellington – New Zealand's capital city firmly in the spotlight next month.
Wellington is due to host the premiÃ¨re of The Hobbit: An Unexpected Journey – the first of Kiwi film maker Sir Peter Jackson's much anticipated fantasy film trilogy – on 28 November, and this morning (8.10.2012) the city announced plans for the celebrations.
For the duration of premiÃ¨re week, the city will be known as 'The Middle of Middle-earth' and, as well as the glamour red carpet event, special events planned include a Hobbit-inspired artisan market and open-air film screenings.
The city will also adopt a ‘Middle of Middle-earth’ logo designed by Daniel Reeve, an artist who worked on the cartography and calligraphy for The Hobbit Trilogy.
Creative Wellington
The Middle-earth stamp will also be rolled over New Zealand's 'creative capital' in a series of new artworks that will appear at Wellington International Airport and in locations around the city.
An Artisan Festival, showcasing craftspeople and talent involved in the making of the film trilogy, will provide a unique behind-the-scenes opportunity for fans. The market will take place in Waitangi Park – a popular recreation area on the city's waterfront.
The city will also unveil an official countdown clock, setting the scene at The Embassy Theatre, in the Courtenay Place entertainment quarter, where the premiÃ¨re will take place.
Building up to the premiÃ¨re evening, visitors and locals will be able to enjoy free public screenings of The Lord of the Rings Trilogy.
Red carpet night

On the big night (28.11.2012), film director Sir Peter Jackson will be joined by cast members, Hollywood stars and executives on the red carpet for the VIP invitation-only world premiÃ¨re.
Stars and VIPs will walk more than 500 metres of red carpet along the length of Courtenay Place – from the Reading Cinema to The Embassy Theatre, both of which will be screening the film for invited guests on premiÃ¨re night. The event will be covered by press from around the world.
Peter Jackson says he's “absolutely thrilled” that The Hobbit: An Unexpected Journey will have its world premiÃ¨re in 'the Middle of Middle-earth'.
“Nowhere else in the world does a premiÃ¨re quite like Wellington,” Jackson said. “It’s special showing any film to an audience for the first time, but even more so when it’s in your home town.”
Film industry
Announcing the city-wide week-long celebrations, Wellington Mayor Celia Wade-Brown said Wellington sat at the very heart of New Zealand's innovative and thriving film industry.
“It's also the city that has been integral in bringing the fantasy world of J.R.R. Tolkien to life on the big screen. So for a week around the premiÃ¨re Wellington will be known as The Middle of Middle-earth.”
“Wellington has established a track record of holding stunning world-class red carpet premiÃ¨res and we're confident the city will turn it on again and show that we are indeed 'the Coolest little Capital' in the world,” Mayor Wade-Brown said.
“Preparation for The Hobbit premiÃ¨re is a terrific opportunity to tell Wellington's story too – the Coolest Little Capital where talent lives, works and does great business.”
Middle-earth festivities
The Hobbit: An Unexpected Journey is a production of New Line Cinema and Metro-Goldwyn-Mayer Pictures (MGM).
“We're delighted to take part in the Middle of Middle-earth festivities with this exciting premiÃ¨re of The Hobbit: An Unexpected Journey in Wellington,” said Sue Kroll, Warner Bros. Pictures' President, Worldwide Marketing.
“It's a unique opportunity to debut the film to the world in the country that has been the home of Middle-earth throughout production of the Trilogy.”
About The Hobbit: An Unexpected Journey
From Academy AwardÂ®-winning filmmaker Peter Jackson comes The Hobbit: An Unexpected Journey, the first of a trilogy of films adapting the enduringly popular masterpiece The Hobbit by J.R.R. Tolkien.
The three films tell a continuous story set in Middle-earth 60 years before The Lord of the Rings, which Jackson and his film-making team brought to the big screen in the blockbuster trilogy that culminated with the OscarÂ®-winning The Lord of the Rings: The Return of the King.
The adventure follows the journey of title character Bilbo Baggins, who is swept into an epic quest to reclaim the lost Dwarf Kingdom of Erebor from the fearsome dragon Smaug.
The screenplay for The Hobbit: An Unexpected Journey is by Fran Walsh, Philippa Boyens, Peter Jackson and Guillermo del Toro. Jackson is also producing the film, together with Carolynne Cunningham, Zane Weiner and Fran Walsh. The executive producers are Alan Horn, Toby Emmerich, Ken Kamins and Carolyn Blackwood, with Boyens and Eileen Moran serving as co-producers.
Ian McKellen returns as Gandalf the Grey, the character he played in The Lord of the Rings Trilogy, with Martin Freeman in the central role of Bilbo Baggins, and Richard Armitage as Thorin Oakenshield. Also reprising their roles from The Lord of the Rings in The Hobbit Trilogy are: Cate Blanchett as Galadriel; Ian Holm as the elder Bilbo; Christopher Lee as Saruman; Hugo Weaving as Elrond; Elijah Wood as Frodo; and Andy Serkis as Gollum.
The international ensemble cast of the trilogy also includes (in alphabetical order) Manu Bennett, Jed Brophy, Adam Brown, John Callen, Mark Hadlow, Peter Hambleton, Barry Humphries, Stephen Hunter, William Kircher, Sylvester McCoy, Bret McKenzie, Graham McTavish, James Nesbitt, Dean O'Gorman, Conan Stevens, Ken Stott and Aidan Turner.
Among the creative behind-the-scenes team returning to Jackson's crew are director of photography Andrew Lesnie, production designer Dan Hennah, conceptual designers Alan Lee and John Howe, composer Howard Shore and make-up and hair designer Peter King. The film is edited by Jabez Olssen. The costumes are designed by Ann Maskrey, Richard Taylor and Bob Buck.
Taylor is also overseeing the design and production of weaponry, armour and prosthetics which are once again being made by the award-winning Weta Workshop. Weta Digital take on the visual effects for the films, led by the film's visual effects supervisor, Joe Letteri. Post production will take place at Park Road Post Production in Wellington.
The Hobbit: An Unexpected Journey and the second and third films of the trilogy are productions of New Line Cinema and Metro-Goldwyn-Mayer Pictures (MGM), with New Line managing production. Warner Bros. Pictures is handling worldwide theatrical distribution, with select international territories as well as all international television distribution being handled by MGM.
The Hobbit: An Unexpected Journey will be released in New Zealand on December 13, 2012, with the second film, The Hobbit: The Desolation of Smaug, releasing December 13, 2013, and the third film, The Hobbit: There and Back Again slated for July 18, 2014.
More information
The Hobbit world premiÃ¨re in Wellington 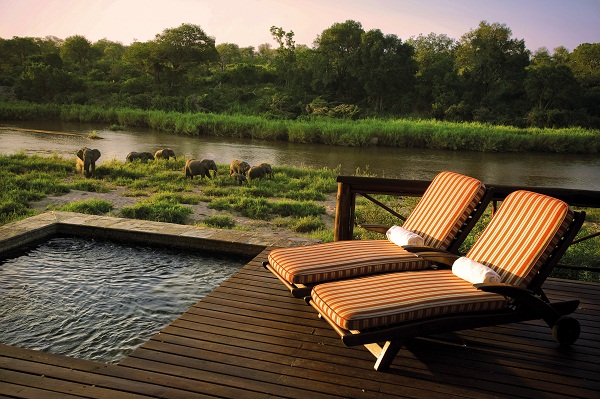