(December 19, 2011) "“ Northern Germany's top chefs in Berlin and Hamburg continue to rack up
Michelin stars, firmly establishing the two cities at the top of the country's gourmet food chain.
Their young, inventive and creative chefs have solidified the trend toward a modernized,
German cuisine with local recipes and strong regional influences.

Both Berlin and Hamburg ascended to new culinary heights with two new 2-star restaurants in
each city, bringing the number of Michelin star adorned eateries to 13 in the German capital and
to nine in Hamburg, with a total of 27 stars.

In BERLIN, Hendrik Otto, who has been at the helm of the Hotel Adlon's restaurant Â»Lorenz
Adlon EsszimmerÂ« only since April 2010, was awarded his second Michelin star. Food critics
have been taking notice of this major talent since Otto, now in his mid-thirties, won his first
Michelin star ten years ago in Cologne. Under the motto "exciting, expressive, European-
inspired", he combines diverse influences and the finest European traditions, creating
interpretations of classic haute cuisine.

The second new addition to Berlin's 2-star restaurant firmament is Â»ReinstoffÂ« at the historical
factory ambiance of the Edison-HÃ¶fe, where shooting star Daniel Achilles is working his magic.
Â»ReinstoffÂ« opened in March 2009 and won its first Michelin star the following year. Achilles'
meteoric rise into the cooking stratosphere has the German capital buzzing; his specialty is local,
organic produce and his talent has now been reaffirmed with a second star.

In addition to the star-rated eateries, Berlin offers many other worthy culinary discoveries. One
of those places is Â»VoltÂ«, located in a former power station in the trendy Kreuzberg district.
Matthias GleiÃŸ is one of the new chefs to watch; his approach to cooking has been labeled
Â»New Berlin CuisineÂ« and features lots of fresh and locally grown ingredients.

For the 2012 German edition of the Michelin Guide, 38-year-old chef Christoph RÃ¼ffer of
Â»HaerlinÂ« was awarded his second star. Tucked away inside Hamburg's fashionable Fairmont
Hotel Vierjahreszeiten, Haerlin offers perfect views of Hamburg's inner-city Alster Lake, and a
haute cuisine based on classical French cooking with mediterranean components. RÃ¼ffer values
taste above everything else. Amongst his specialties are foie gras and wild salmon from
Scotland.

Thomas Martin, who is in his mid-forties and waves his magic cooking wand at Â»JacobsÂ«, also
won a second Michelin star. Martin is a proponent of the new wave in gourmet cuisine "“
contemporary, light and fresh with lots of locally produced legumes, sea food and meats.
Located in Hamburg's posh Nienstedten district, the Jacobs culinary experience is augmented by
stucco ceilings, murals, heavy chandeliers and grandiose views of the Elbe River.

Both RÃ¼ffer and Martin belong to a noteworthy group of talented chefs working in Germany
today. Food critics maintain that this is the golden age of young and ambitious chefs with
impeccable technique, who have developed their own signature dishes without sacrificing the
visual harmony or the taste of their creations.

But it doesn't necessarily take Michelin stars to enjoy a fantastic meal in Hamburg. From
international cuisine to local menus of fresh sea food, the city's restaurant scene is as diverse as
its population. Some of the best places to eat in Hamburg can be found in the area between the
exhibition centre, the meat market and the Schanzenviertel district, where celebrity and TV chef
Tim MÃ¤lzer does the honors at Â»BullereiÂ«. Menu choices run from duck's breast and plaice to
the restaurant's signature dish, Â»bull feedÂ«. But it's not just about the food "“ the Â»BullereiÂ« is
housed in what used to be the historical cattle halls of the old Hamburg slaughterhouse. 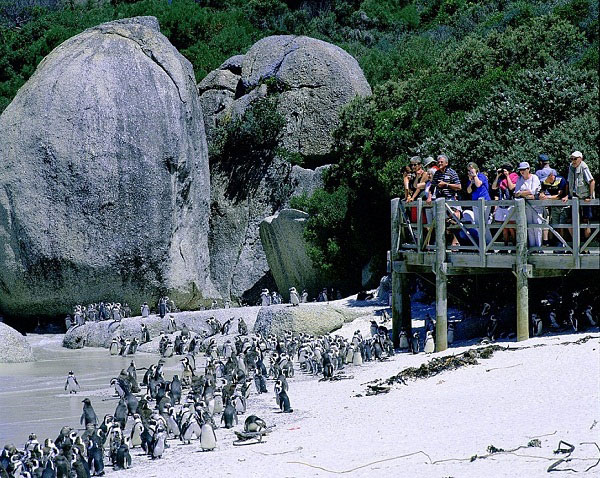 Eight Days in Vietnam for $999

No Surcharges with Brendan