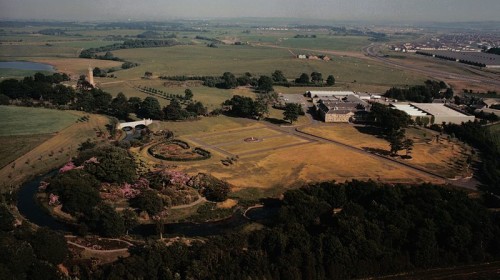 Ayrshire, Scotland inspired Robert Burns, and both the poet and Scotland’s natural beauty will be highlighted this year in Scottish festival celebrations.

25 January marks the birthday of Scotland's National Bard, Robert Burns, and in the Year of Natural Scotland 2013 there will be celebrations countrywide, forming the culmination of Scotland's Winter Festivals.

Many of Burns' songs and poetry were inspired by the natural beauty of Scotland, particularly the breathtaking scenery of Ayrshire, his birthplace, and the romantic setting of Dumfries & Galloway where he lived in later life. His love of nature likely stems from his working life on the family farm in Alloway, Ayr, where we wrote poems such as 'To a Mouse', 'The Primrose' and 'A Winter Night'.

Burns Night is a great time of year for food and culture, with Scotland's national poet toasted and celebrated all over the world. Traditional Burns suppers with haggis, neeps, tatties and plenty of whisky and music are also on offer across Scotland, with music and storytelling promising merry-making for all ages.

Robert Burns celebrations provide the perfect excuse for a trip to Scotland this January.

Robert Burns highlights throughout the country include:

Prices: range from free of charge to Â£20

The special Burns tour of one of Scotland's most popular distilleries and five-star visitor centre will include a tour of the distillery, a dram, a serving of haggis, neeps and tatties and a Burns recital.

The Bonham Hotel- Sin in the City Burns Dinner

In collaboration with Mercat Tours, the prestigious Bonham Hotel's 'Sin in the City' is an alternative Burns Dinner combining a fine supper and dram of whisky with tales of love, lust and passions which will surprise, shock and entertain.

Big Burns Supper is Dumfries’ newest festival of contemporary arts providing an annual platform for quality production and artistic ambition. The programme consists of poetry performances, 10 minute Burns Suppers, and a Spiegeltent providing a creative hub for the festival with live performances from acts such as Deacon Blue and Eddi Reader across venues throughout Dumfries.

Explore the museum collections and look out for activities, performances and workshops for all the family taking place around the museum galleries at both sites.

Alloway 1759 takes place in and around Burns Cottage and the Robert Burns Birthplace Museum where the streets will be lined with costumed characters and performers to create a unique atmosphere. Enjoy a wide variety of events including horse and cart trips, haggis hurling, The Ayrshire Fiddle Orchestra, Burns Childrens’ Party, Hoots Owls, and Willie Stewart singing songs of Burns.

For more information on the Year of Natural Scotland go to www.visitscotland.com/natural

Top Events in the Czech Republic in 2011